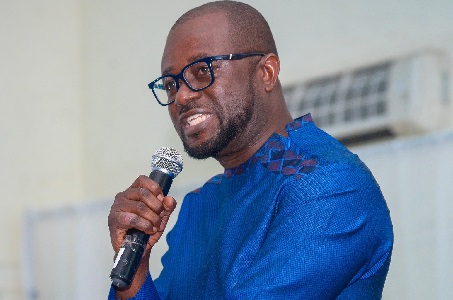 The GFA President made this known at the 26th Ordinary Congress at held at the GFA Technical Centre (Ghanaman Soccer Centre of Excellence, Prampram) on Monday.

According to Kurt Okraku, country's governing football body will access $2m from the FIFA forward 2.0 which would be used to construct the facility.

"The GFA will access $2m from the FIFA forward 2.0. From it, a multi-purpose court, a gym and a pool will be constructed at the Ghanaman Soccer Center of Excellence plus other facilities for national team camping," he said.

The Junior national teams having been camping at Prampam prior to tournaments. As today (September 1) the Black Maidens (Women, U-17) and Black Princesses (Women, U-20) are camping at the facility in preparation for the respective CAF assignment.

Kurt Okraku further hinted that a 56 seater ultra-modern bus would be purchased for the national teams.

He also urged club administrator to stand together reject those who have been portraying Ghana football in bad light making it difficult to secure sponsorships.

A few of us do not want the good of this family, they go to the public to malign the work of the family. It's about time we reject these people and say no to them" Kurt Okraku concluded.

Special guest, Sports Minister Isaac Asiamah in his address to Congress also cautioned those who negatively criticise the game and assured members of Government’s continuous support as a strategic partner in the development of Ghana Football.

"When you damage a brand it affects you. It is critical. We need to make it attractive. Let's be guided by these principles. Sanctity, Integrity and Image of the game. - Isaac Asiamah said at the GFA 26th Ordinary Congress.