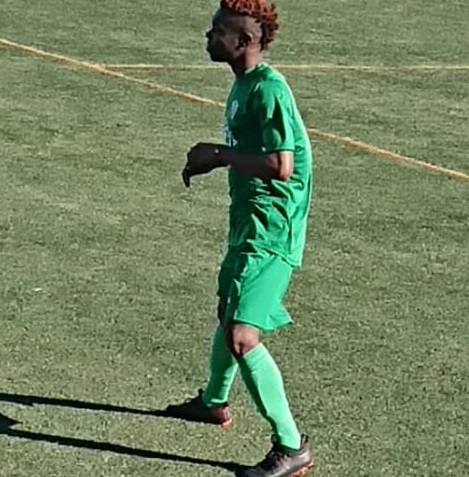 Emmanuel Yabani Adjasefio, a Ghanaian youngster with Spanish lower division side CD Pedroneras has set his sight on earning an international call up with the Ghana u20 side, after getting his career in Europe off to a flying start over the weekend.

The 18-year-old attacking prodigy who joined CD Pedroneras in February this year featured in his debut game for the side made an early impression with a beautifully taken equalising goal and two assists in his side's 6-3 away win over Athletic Ibanes.

The talented forward scored in the 20th minute to put his side on level scoring in the game after a 7th-minute strike form Ibanes' Gomez Collado Ismael.

The forward's impressive performance in his first game on an European soil saw him play in the full throttle of the match.

Yabani told the Ghana News Agency in an interview from his base in Spain that, he was delighted with his performance and was expecting to improve in subsequent games of the season.

"I am very delighted because everybody in the team was impressed and congratulated me for my performance. My coach said I had a great future with my talent and that has inspired me. I hope to work hard and get to the top," he said.

The former Roberto FC attacker added that his immediate aim was to play for the Ghana u20 national team and so was going to do more to earn the recognition from the technical handlers.

The Ghanaian midfielder joined the Spanish third-tier side CD Pedroneras on loan until the end of the season.

Yabani moved from Volta Region-based second division league club Roberto FC following an impressive trial with the European side.
Yabani, is on a four-month loan term with his new club and has the option to extend.