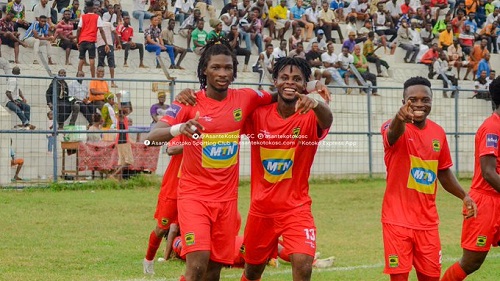 Maxwell Konadu has made three changes to the starting eleven against Berekum Chelsea and he names his men for this afternoon's clash with Medeama SC.

The Porcupines are up against the yellow and mauve side at the Akoon Park in Tarkwa in day four of the 2019/2020 Premier League.

Midfielders, Adom Frimpong and Martin Antwi earn their first starts in the campaign as replacements for Collins Ameyaw and Mudasiru Salifu, who picked up injuries in the last fixture against Chelsea.

Centre back Wahab Adams is also enjoying his first appearance this term as he comes in for the suspended Empem Dacosta.

Justice Blay, who is on a season-long loan with us, is also In the team to face his parent club.

The defensive midfielder together with goalkeeper, Felix Annan, Augustine Okrah, Songne Yacouba and Emmanuel Gyamfi are making their third straight start this season.

There is also a place on the bench for Habib Mohammed as Maxwell Konadu also gives Sam Adams his second consecutive inclusion in the matchday squad.

Below is the full squad 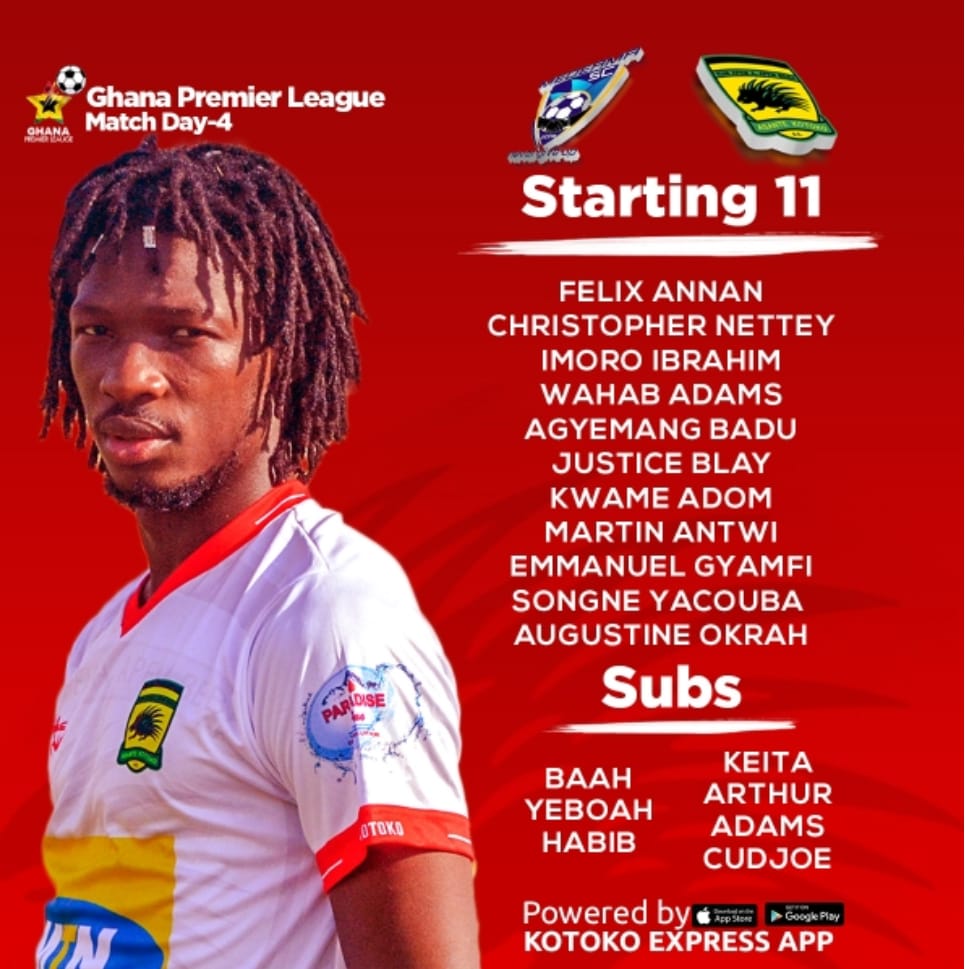