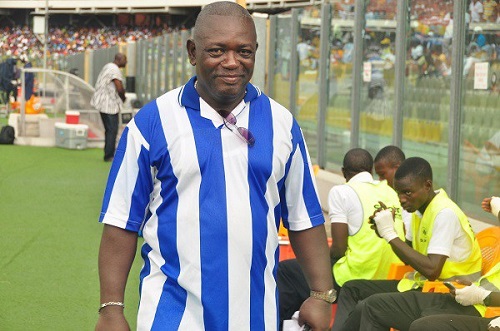 Olympics don't have a substantive coach after Prince George Koffie resigned after week 7 when they lost to WAFA at the Accra Sports Stadium.

READ ALSO:Â We will beat Legon Cities for them to know that they are not our coequal - Great Olympics PRO

According to Koffie, he resigned after the Wonder Club fans threatened, assaulted him and his wife.

Interim coach Seff Hoffman has been in charge of the team in their last two games,Â winning one and losing the other.

He guided the team to beat struggling King Faisal 4-3 and suffered a home defeat to Eleven Wonders but Clottey believes Hoffman has what it takes to get the Olympics team going.

According to Oluboi Commodore, his outfit has already begun process to find Koffie's successor.

"Seth Hoffman is only acting as an interim coach," director of the club, Oluboi Commodore said.

"We have been given 30 days by the Ghana Football Association to search for a new coach. We are considering a number of coaches.

"Expatriates coaches and local coaches have applied for the job but we are considering the best choice," he added.

Great OlympicsÂ will be locking horns with the Legon Cities on Friday, February 14 at the Accra Sports Stadium in the Ghana Premier League matchday 10 fixture.