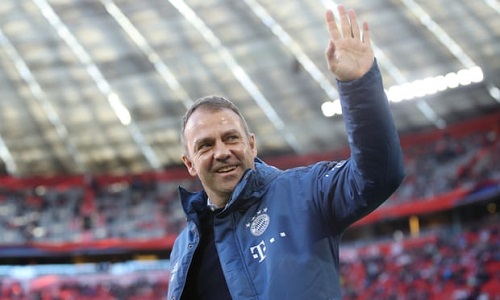 The 55-year-old had joined the club at the start of the season as Niko Kovacâ€™s assistant coach but was promoted as interim manager when the CroatÂ was sacked on 3 November.

Flick earnedÂ a deal until the end of the seasonÂ as permanent head coach in December and has since convinced Bayernâ€™s hierarchy he is the man to lead the team for the next three seasons after winning 18 of his 21 matches in charge.

â€œBayern are very satisfied with Hansi Flickâ€™s work,â€ said Bayernâ€™s chief executive, Karl-Heinz Rummenigge. â€œThe team has had a very good development under him, plays attractive football which is reflected in results. We are the only club still competing in all three competitions.â€

Sporting director Hasan Salihamidzic added: â€œHansi and I know in which direction we want to develop the team. We believe that Hansi is also the right head coach for the current time.â€