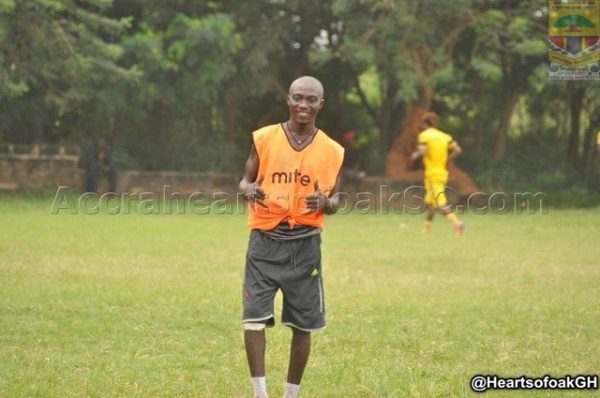 Hearts of Oak have announced the appointment of Bernard Dong Bortey as the club's youth development coach.

The former midfielder will lead Hearts of Oak’s U-14 side and is expected to assist coach Samuel Nii Noi at the U-18 level while building the fundamental modules to revamp the U-14 team.

Both Dong-Bortey and Samuel Nii Noi will work closely with head coach of Hearts of Oak, Slavko Matic.

His appointment forms part of the club’s restricting program and renewed focus on youth development.

Dong-Bortey made over 100 appearances for the Accra club and was instrumental in the club winning four league titles and the CAF Confederation Cup. He was a joint top scorer of the league in 2002. 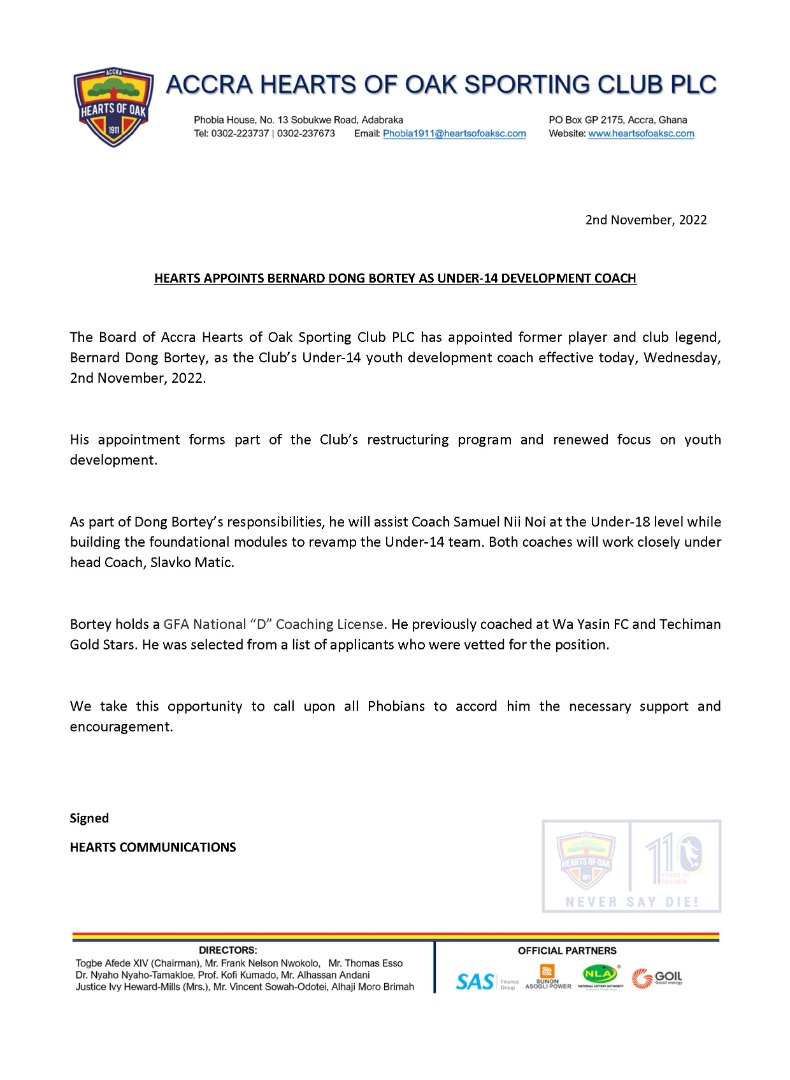