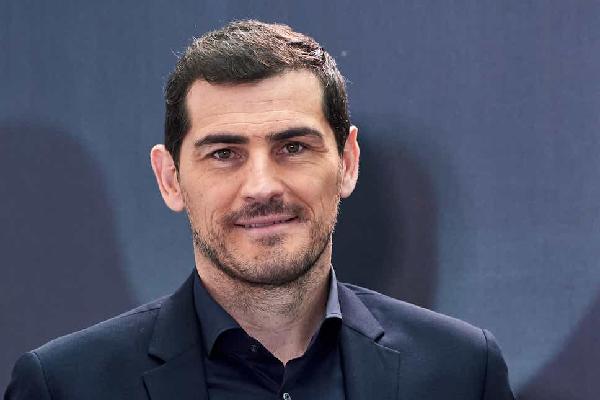 Real Madrid and Spain legend Iker Casillas has appeared to announce that he is gay, which would make him one of the most high-profile male footballers in history to confirm their homosexuality.

In a tweet published on Sunday afternoon, the ex-goalkeeper said: "I hope you respect me: I'm gay." Casillas was married to sports journalist Sara Carbonero for five years before their separation in March 2021, having had two children together, both boys.

The 41-year-old received a wave of support following the Twitter post, including from Barcelona icon and his former Spain teammate, Carles Puyol. Casillas, who retired in 2020 after suffering a cardiac arrest during training with final club Porto, is remembered for being one of football's most successful goalkeepers.

Casillas declared in an emotional statement: Both Sara and I feel enormously proud of the family we are and of having shared a love that has filled us with happiness during all our years together. Today our love as a couple takes different but not distant paths since we'll continue together in the marvellous task of continuing to be devoted parents as we have been up until now.

"This is a well-considered decision which we have taken through mutual agreement. The respect, affection and friendship will remain for ever. Our priority is, through affection and compromise, to share the wellbeing and education of our children and protect them so they grow in a stable and healthy environment.

"With these words we ask you please to respect our privacy in this moment of change. These will be the only public words we issue for the time being and in the future. Many thanks for your understanding."