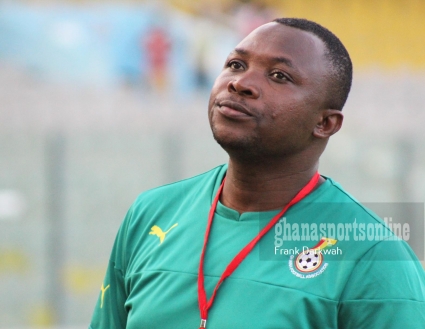 Ibrahim Saanie Daara has confirmed that he remains a staff of the Ghana Football Association despite not receiving any salary since the airing of the Number 12 documentary by Anas Aremeyaw Anas in June 2018.

The former Communications Director of the Ghana Football Association, says he is unaware of his employment status was changed by the defunct Normalisation Committee which took over the running of the FA in the aftermath of the exposÃ©.

He says that despite being frozen out and excluded from the Associationâ€™s staff meetings since June 2018, he holds no grudges against anyone.

â€œI am still a staff of the Ghana Football Association but I have not been paid since Number 12 and I donâ€™t know why. I met Dr Kofi Amoah (Head of the Normalisation Committee) a couple of times but I never had any formal invitations calling me for staff meetings.

When the Normalisation started I remember receiving a phone call that come for a meeting, and five minutes after that call, there was another call from the same person that said donâ€™t come. I was surprised but it doesnâ€™t bother me, does it.

Even with the GFA I thought I was shortchanging myself financially while working there even though the opportunity to work with the federation opened many other doors for me.â€

In a related development, Ibrahim Saanie Daara says he has no regrets about his decision to leave the British Broadcasting Corporation and take up a job at the Ghana FA.

The renowned journalist said despite the circumstances surrounding the exit of Kwesi Nyantakyi who convinced him to join the FA, he looks back at his days at the FA with pride and nostalgia.

Speaking in an interview, the Foreign Press Association Media award winner said at the time he took up the FA job, there was nothing more for him to and challenge him in the media space.

READ ALSO:Â Anas exposÃ© has turned out to be a blessing for me -Â SaanieÂ DaaraÂ

He said he finally decided to come back home to work with the GFA after the sixth time of asking.