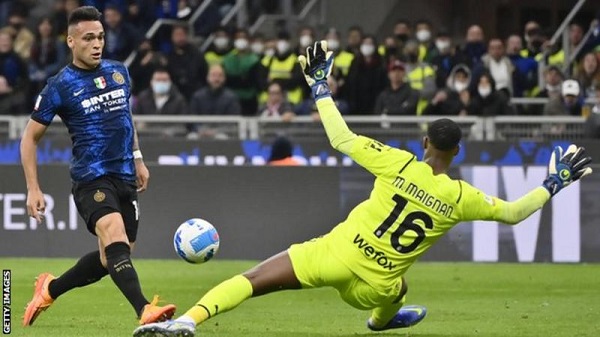 Inter Milan beat city rivals AC Milan to reach the Coppa Italia final after Lautaro Martinez scored a first-half double on his return to the side.

After the first leg of the semi-final ended goalless, Martinez scored after four minutes when he turned in Matteo Darmian's cross at the near post.

Milan were twice denied by goalkeeper Samir Handanovic before Argentina striker Martinez slotted in a second.

Juventus host Fiorentina in their semi-final return leg on Wednesday, with the Turin side 1-0 up in the tie.