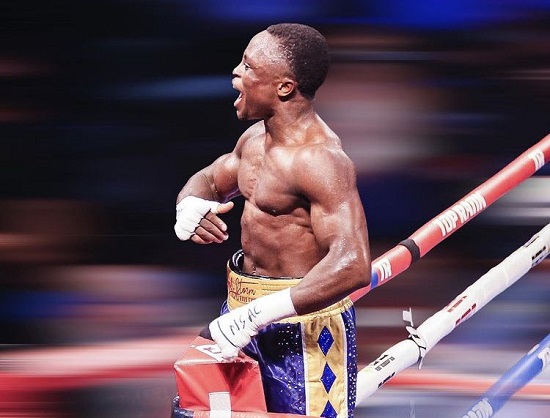 Former WBO super bantamweight champion, Isaac ‘Royal Storm’ Dogboe is set to make a return to the ring in the coming weeks.

The Ghanaian boxer is expected to fight Filipino boxer Eugene Lagos on May 21, 2022 at the Accra Sports Stadium.

Dogboe will use the fight as a warm-up to keep active in the ring following his impressive comeback wins after two consecutive defeats to Emanuel Navarrete.

The last time Dogboe fought in Ghana was on January 6, 2018, when he stopped Mexico’s Cesar Juarez to win the interim world WBO super bantamweight belt at Bukom Boxing Arena.

The 27-year-old Dogboe last competed in November 2021, winning a hard-fought 10-round majority decision over Christopher Diaz in Las Vegas.

That win was his third consecutive victory since the Ghanaian suffered back-to-back losses to Navarrete.

Meanwhile, the 27-year-old Lagos (16-6-3, 11 KOs) also fought last November and was knocked out in by Michael Magnesi in Huntington, New York