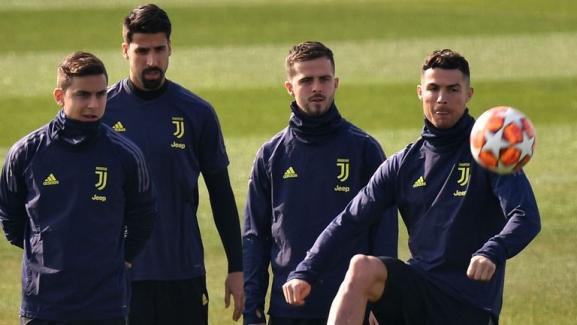 Italy's Serie A will return on 20 June, the country's sports minister Vincenzo Spadafora has confirmed.

Serie A was suspended on 9 March, with Juventus leading the table by a point with 12 rounds of matches remaining.

On 20 May the Italian football federation (FIGC) set a 20 August deadline for finishing the 2019-20 season.

The FIGC also said it intended for the top three divisions to be played to a conclusion and that if any of them should restart and then stop again, a shorter alternative of a play-off would have to be devised.

Massimo Cellino, who owns Serie A bottom side Brescia, said resuming was a "crazy decision".

"It's too much for the players," he told BBC World Service's World Football show.

"We stopped [training] for two months. It is dangerous to restart it playing three games a week. So I'm worried about injuries and the hot weather which is going to be terrible in Italy more than Germany."

But Udinese and Nigeria defender William Troost-Ekong said: "It's lifted everybody's spirits, As long as we can do it in the right way without too many risks and setting the right example for the country, I think it's a good thing to be doing."