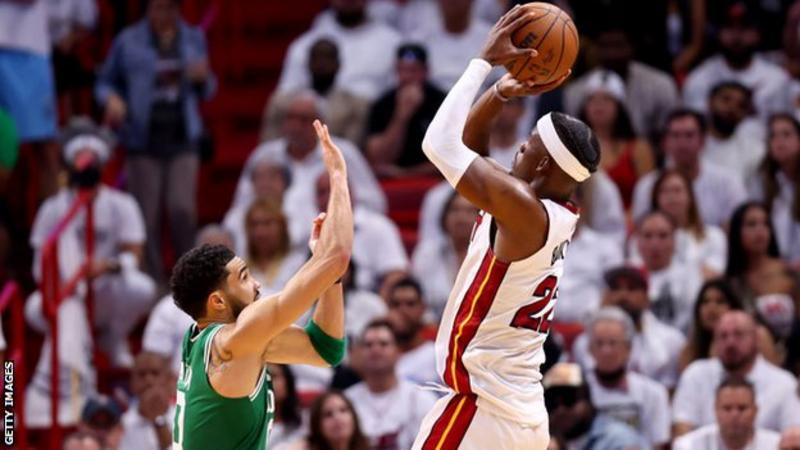 Jimmy Butler's 41-point haul powered the Miami Heat to a 118-107 comeback win over the Boston Celtics in the Eastern Conference finals opener.

The Heat trailed by eight points at half-time, but roared into a 76-64 lead, scoring 22 points for the concession of just two in a period of third-quarter dominance.

Butler scored 17 of his points in the third quarter.

"MVP Jimmy did his thing. He put us on his back," Heat guard Tyler Herro said.

The second contest in the seven-game series is on Thursday in Miami. The Golden State Warriors and the Dallas Mavericks contest their Western Conference finals opener on Wednesday, with the winners of the respective series meeting in June's finals.

The 40-point effort was Butler's fifth in the postseason during his three-season stint with the Heat. The only player with more is franchise icon Dwyane Wade with seven.

"I know what I'm capable of, I don't do this to score 40 points," Butler said

"I play the way I play to win by all means necessary and it just so happened that I score 40. If I score 40 and lose, I'll be pretty [ticked] off."

"I have to be better in those situations. I've got to take care of the ball better," he said.