Kevin-Prince Boateng marries on Moon in the metaverse 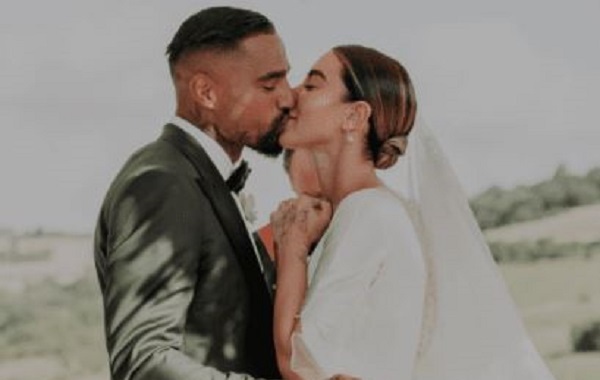 YES! I can finally show you the artwork I've made for @KPBofficial & @VFradegrada 's wedding event in the @OVRtheReality metaverse 😍😍

This will be the official NFT invitation 👀

The wedding ceremony took place in the over metaverse and was available as limited edition NFTs on the NFT marketplace OpenSea for a short period of time.

“I wanted to do something special for Valentina, something that nobody had ever done. Thanks to OVER, we can celebrate our love like no one has done before, in a space location,” said Boateng, who now plays for Hertha Berlin in the Bundesliga.

The ex-Ghana international returned to his boyhood club Hertha Berlina as a free agent last summer, having parted ways with Serie B side AC Monza.

Boateng’s return to Hertha has, however, did not yield the desired impact, with the club battling relegation for much of the season before ultimately surviving following a playoff win over Hamburg. Boateng has failed to score in 21 appearance he made for the clun during 2021-22.