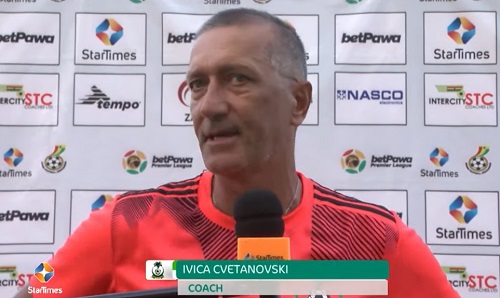 The duo have been at the helm of affairs since the 2022/23 season began and have performed poorly.

The Insha Allah boys lost their opening three games of the season and are sitting at the bottom of the league table.

Brozovic is from Serbia and Ivica is from North Macedonia.

The club is expected to name a new coach in the coming days. King Faisal will host Kotoko in week 4 when the betpawa Ghana Premier League resumes.

The league has been put on hold following ab Injunction filed at the Human Rights High Court by Ashantigold SC. 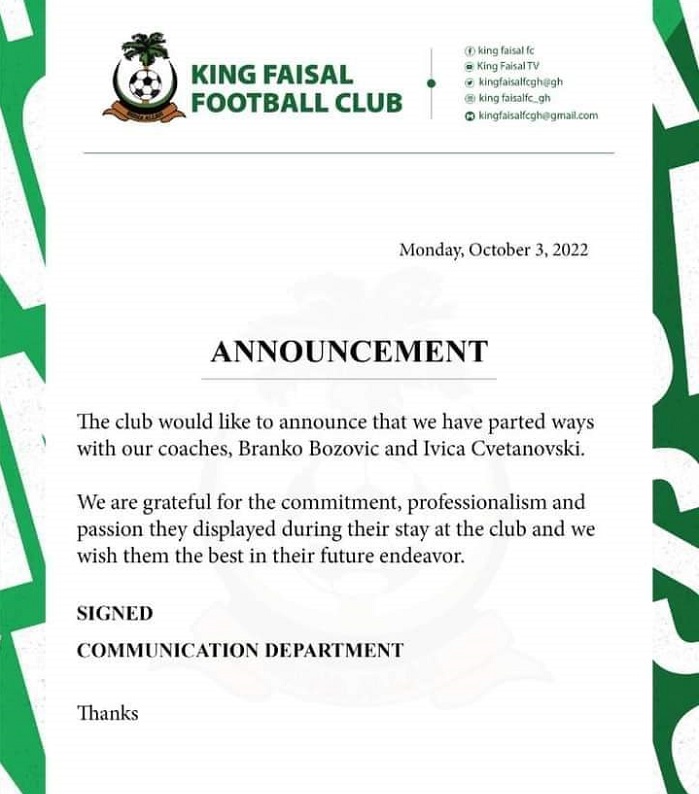