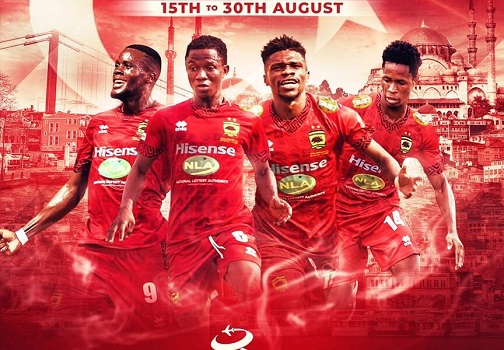 Ghana Premier League champions Asante Kotoko have announced they will head to Turkey for a pre-season training camp ahead of the new season.

The Porcupine Warriors confirmed their pre-season training tour via their Twitter handle on Monday morning.

The 2022/23 football season commences in September.

NB! City Gates will soon announce juicy packages for our fans who want to join us on this amazing trip 😍#AKSC #Fabucensus pic.twitter.com/nBjOc5oP0s

Kotoko had an incredible campaign last season after clinching their 25 Premier League title and will be hoping for a successful campaign in the Ghana Premier League and next season's CAF Champions League.
Asante Kotoko opted for a preseason training in Turkey hoping to give their players a different terrain and atmosphere to have them adequately prepared for the upcoming football season.