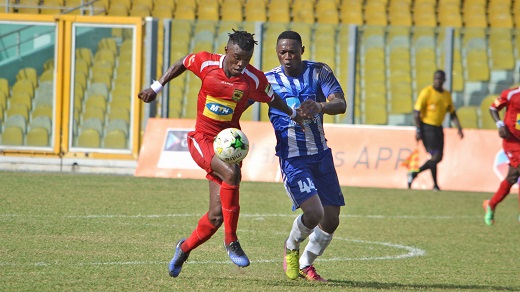 The Ghana Football Association (GFA) has announced the postponement of Asante Kotoko clash against Great Olympics.

The Ghana Premier League match which was scheduled to come off on Saturday, November 28 has been postponed to a later date.  According to the GFA, the match will be played on Wednesday, December 2.

A GFA Statement read: "We wish to inform you that the above-mentioned fixture scheduled for Saturday, November 28, 2020, would now be played on Wednesday, December 2, 2020, 3:00pm at the Accra Sports Stadium." 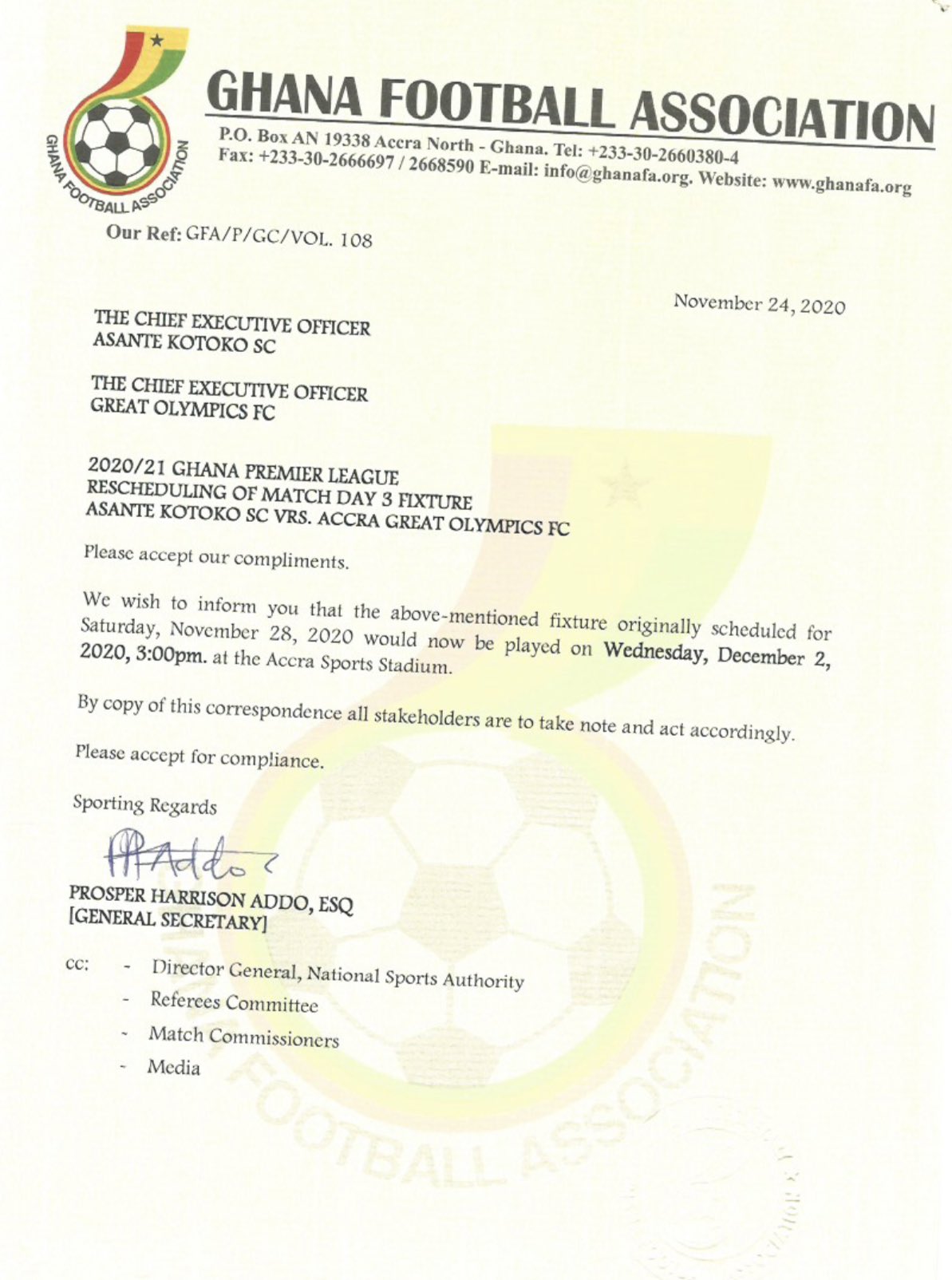 Kotoko are winless in their opening two fixtures in the 2020/21 Ghana Premier League while Great Olympics have won and drawn a game each which has seen them sitting on top of the league with 4 points after matchday 2.

Ahead of the Porcupines CAF assignment against FC Nouadhibou this week, GFA President Kurt Okraku has wished them well.

“As you embark on this journey, have it in mind you represent our dear country Ghana and the entire nation is/will be rooting for you. We believe the porcupine has the quality to bring us victory & we pray the Almighty God crowns your hard work. Go make us proud. Faaabulous!!!

The Reds have departed the shores of Ghana to Mauritania for the first leg tie scheduled for November 27, 2020.

The game is expected to be played at Stade de Municipal de Nouadhibou.

Gaousou Kane has been named as Referee for the match and will be assisted by his compatriots Baba Yomboliba and Amadou Belly Gisse Amadou.

Boubou Traore will be the 4th Official with Aboulikaecem Abdellah from Morocco as the Match Commissioner.