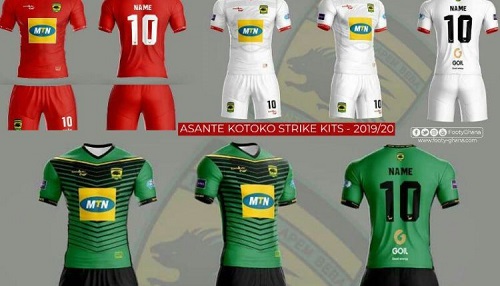 Asante Kotoko have written toÂ Portuguese sportswear manufacturer, Strike for the contract termination of their deal.

Strike is the official kit sponsor for the Ghana Premier League club having the right in 2018 onÂ a three-yearÂ sponsorshipÂ deal.

Former Ghana international Yussif Chisah who brokered the deal has confirmed that the Porcupines want to end their relationship with Strike.

"Kotoko has written to us they want to hold termination discussions with us. I have no problem if they want to opt out,"

According to reports, various sportswear companies have expressed interest in being the official kit sponsors of the Kumasi-based club.

Asante Kotoko SC have given their players a two-week break following the suspension of the 2019/20 Ghana Premier League over Covid-19.

The club who were scheduled to play Inter Allies on Monday, March 16 in Accra but had their match called off following the directive by government that all sporting activities should be put on hold as the country put measures in place to fight Covid-19.

Due to this travelled back to Kumasi from Accra and would wait for some 14 days before they resumed work at Adako Jachie.

Public Relations Officer, Kennedy Boakye Ansah revealed the development to Kotoko Media a short while ago and said the decision was arrived at after a meeting between Management and the technical team on Monday.

The decision to give the lads some respite comes after government' suspended some public activities, including football games, on Sunday night.

The GFA followed up shortly after with the suspension of 2019/2020 football season as part of measures to control the spread of the Coronavirus pandemic.