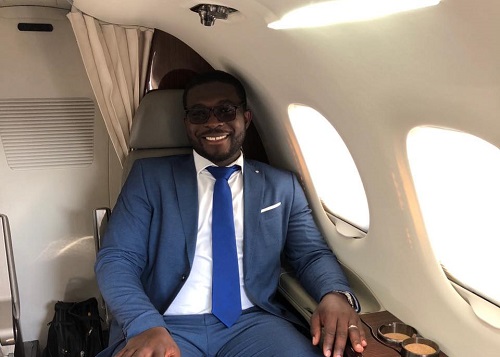 This comes after Asante Kotoko Board of Directors having had a broader consultation with Manhyia and have finally settled on the football administrator to be the club's new CEO.

The unveiling ceremony will be held at the Sports Hotel in Kumasi at 11 am today.

The former Ghana Football Association Presidential candidate has been linked to the job in the last few months and attended an interview with the club’s board in July.

The Reds have been operating without a chief executive with Yaw Adu who is a board member acting as a CEO since George Amoako’s departure on June 10, 2020.

Nana Yaw Amponsah will begin his role right after his unveiling and report to the club’s board of directors. He will be in charge of day-to-day operations of the club.

He will be tasked with transforming the club into one of the best football brands on the continent.
Nana Yaw Amponsah holds a Bachelor of Arts Degree in Psychology and Political Science from the University of Ghana, Legon, and a Master’s Degree in Sports Law and Practice from the Leicester DE Monort University, UK.

From 2008 to 2018, he was a Licensed Player Agent/Intermediary and transferred over 50 players from Ghana and almost 100 across the globe, which brought huge revenues to Ghanaian Clubs in the process.