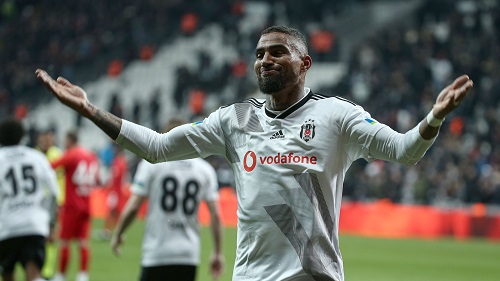 Kevin-Prince BoatengÂ is unsureÂ if he will head back to Fiorentina when his 6-month loan stay with Besiktas ends in the summer.

Besiktas became Boateng's fourth club in two seasons, having joined Italian club Fiorentina from Sassuolo in August after he spent the second half of the 2018-19 season on loan at Barcelona.

He made 15 appearances for Fiorentina, scoring once before Besiktas' departure.

Now enjoying life in Turkey and with the possibility of earning a permanent move at the end of the 2019/2020 season, KP Boateng says he is uncertain if he will return to Fiorentina.

Speaking to Sky Sports, the attacker said: â€œI don't know if I will go back to Florence or not, the market is strange, it is a bad time for everyone but I carry in my heart all my former companions even if they have not seen the real Boateng at Fiorentinaâ€.

He added, â€œI wanted to prove my worth but for many reasons, I didn't succeed. If I come back I want to split everything, Florence is the right place.

â€œMilan have a lot of cheering but there is also a lot of affection in Florence. I have talked to many young viola players trying to advise them, Chiesa, Vlahovic and Castrovilli will have a great futureâ€.

Since arriving in Turkey, he has made 6 appearances in the Super Lig and has scored twice in the process.