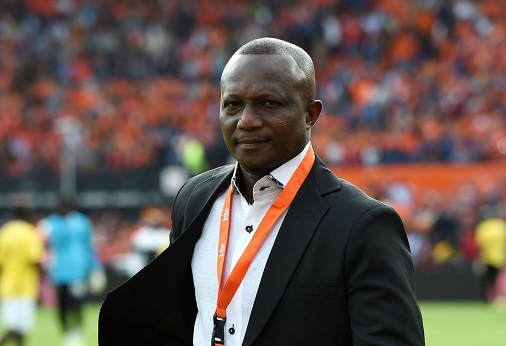 Ex-Ghana coach Kwasi Appiah has rubbished claims that he is interested in becoming the new Technical Director of Asante Kotoko.

Reports went rife last week that the 59-year-old is interested in the Technical role at the Porcupine Warriors.

However, the former Kotoko icon has finally reacted to those reports.

"It’s not true and not in my plans that I want Asante Kotoko Technical Director job," he told Ashh FM in Kumasi.

Kwesi Appiah played his entire professional football career for Asante Kotoko between 1983 and 1993 after joining from Prestea Mine stars.

The former captain who’s fondly known as ‘Mayele’ during his play days won seven league titles with the Porcupines as well as the 1983 CAF Champions League.

The former left-back started his coaching career right after hanging his boots with the Porcupines as an assistant coach from 1993-1995 before taking over as head coach between 1995-1996.

Appiah began his coaching career with Kotoko as an assistant coach from 1993 to 1995 before taking over as the head coach between 1995 and 1996.

Kwesi won three domestic trophies as head coach of the club and finished second on the league log in the 1995-1996 season.

Appiah is the only Ghanaian to have qualified the Black Stars to the FIFA World Cup, in 2014.