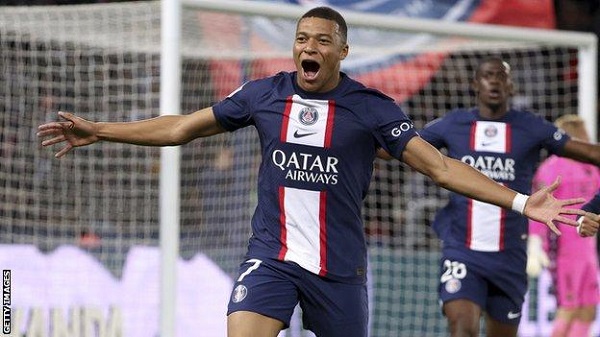 Kylian Mbappe sensationally wants to quit Paris Saint-Germain in January because his relationship with the French club is 'completely broken' - but he will not be allowed to join Real Madrid, according to reports.

Spanish newspaper Marca has reported that Mbappe told PSG he wanted to leave in July amid significant interest from Real Madrid, who bid £154million for the 23-year-old in the summer before he snubbed the Spanish giants to sign a new contract in Paris.

But Marca have now claimed that PSG will not entertain any offer from Real if Mbappe does leave now, leaving Liverpool as one of his only feasible options.

According to the publication, PSG have agreed to work on Mbappe's exit provided it met certain conditions, including that a move to the Bernabeu be taken off the table.

Liverpool manager Jurgen Klopp has expressed interest in Mbappe, considered one of the best players in the world, in the past but the finances involved could be a stumbling block to any deal with the Reds.

He has been consistently linked with Klopp's side in recent years, with the Frenchman reportedly keen to test himself in the Premier League.

The French star signed a new deal with PSG worth a staggering £650,000-a-week in the summer, but the eye-watering contract has not prevented continued speculation over his future.

Mbappe has cut an unhappy figure in France in the early part of the new season and he has openly slammed coach Christophe Galtier's tactics and also appears to have fallen out with Neymar.

French outlet Le Parisien also say Mbappe feels 'betrayed' by the club's hierarchy and believes they have failed to deliver promises that were made when he signed his new contract.

Le Parisien also claim that advisor Luis Campos also wants to quit the club because he too feels 'betrayed'.

Mbappe has notably felt frustrated with Christophe Galtier’s attacking system, and has publicly explained that he prefers playing in a two-man system alongside a pivot, like he does with Olivier Giroud in the national team.

Last week, he was critical of Galtier following PSG's goalless draw against Reims.
Mbappe posted an Instagram story that included a picture of himself in action accompanied by '#pivotgang' in a dig at the way in which Galtier had used him.

Galtier has since played down the criticism, insisting that it was merely a reaction in the heat of the moment.

'I spoke a lot with Kylian at the start of the season and I was very attentive to his comments when he was playing for France, saying that he felt better in Les Bleus' attacking set-up,' the PSG manager said.

'Across pre-season we spoke with [football advisor] Luís Campos and the president [Nasser Al-Khelaifi] to get a fourth striker, with a different profile, who would allow for two strikers and for Kylian to play as much as possible in his preferred area.
'Kylian sometimes finds himself in the middle and he gets the impression that he's a pivot. But he's a smart player who's capable of adapting.'

Tensions between Mbappe and Neymar have grown in recent months, with the duo clashing over a penalty during PSG's 5-2 win against Montpellier in August.

After Mbappe had missed a penalty earlier in the game, the pair argued over who should take PSG's second spot-kick.

Neymar eventually stepped up to take it and scored, but Mbappe didn't celebrate with his team-mate. Subsequently, Neymar liked a series of tweets criticising Mbappe.

Following that Mbappe refused to pass to Neymar in the Champions League against Juventus, with the Frenchman electing to shoot but missing the target on one attack.

In September, it emerged that Mbappe's new contract reportedly only runs until 2024 instead of 2025 as was originally thought.

Mbappe, who snubbed Real in the process, announced he had penned a three-year deal and proudly wore a shirt at the Parc des Princes with 'Mbappe 2025' on the back, while posing with club president Nasser Al-Khelaifi.

However, according to L'Equipe, the contract Mbappe signed is actually only for two years, with the third year an optional extension at the hands of the French international.

This means that at the end of this season, the forward will enter the final 12 months of his deal, and PSG will again be in the position of deciding whether to try to extend his contract or sell him to avoid losing him for free.