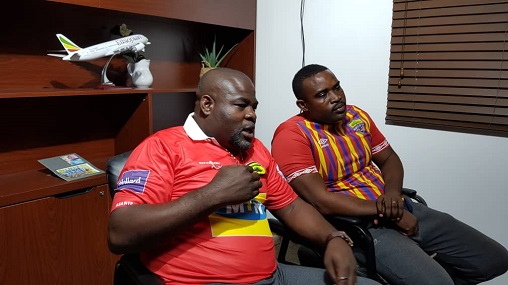 The leadership of the National Chapters Committee of Hearts of Oak and National Circles Council of Asante Kotoko have signed an agreement with the organizers of the independence day friendly game to be staged in London, United Kingdom.

Both leaders of the two most glamorous clubs in Ghana, Christopher Damenya and Elvis Hesse Hermann met with African Origin Travel and Sports Tourism and respectively reached an agreement for the organizers to become their official hospitality agency for the independence day clash on 7th March at the Barnet Stadium in London for their registered members.

Based on the agreement signed, African Origin will expedite the Visa acquisition as well as offer special reduced packages to every Fan registered with the two supporters' groups, Circles, and Chapters. 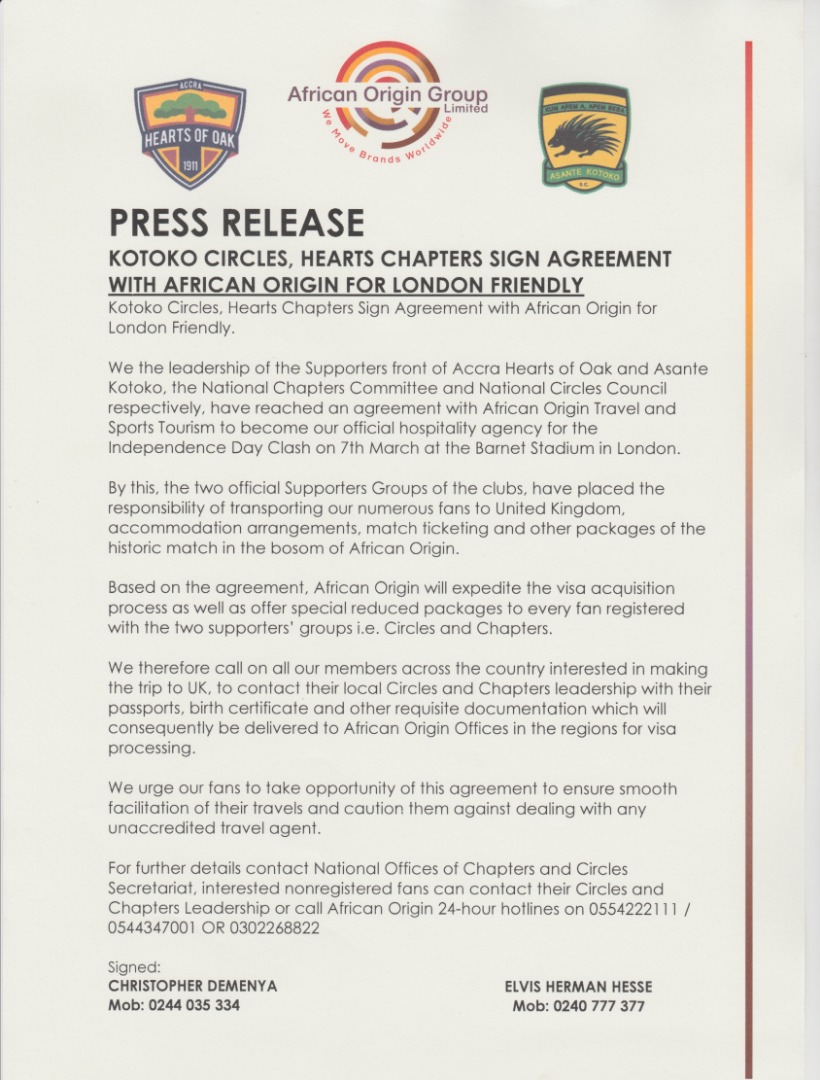