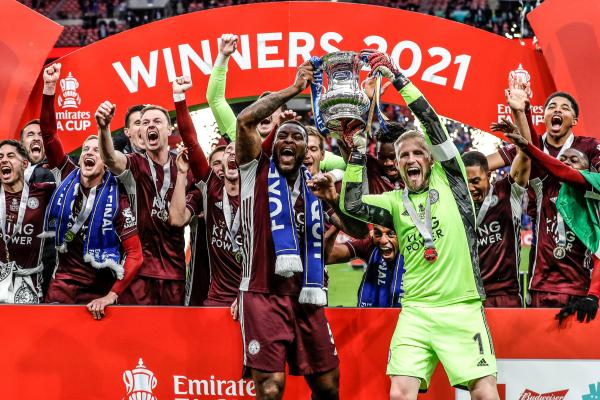 Youri Tielemens struck a stunning winner as Leicester City lifted the FA Cup for the first time with a 1-0 win over Chelsea despite unbelievable late VAR drama.

Over 20,000 fans were in attendance at Wembley as football made its latest step towards welcoming back supporters and it was the Leicester City support who left happy having seen their team achieve history.

The first half was a high-intensity affair between two well-matched sides as the fans inside Wembley contributed to a slightly scrappy pattern of play with several crunching tackles cheered.

Leicester Cityâ€™s game plan was disrupted when Jonny Evans was forced off through injury just after the half-hour mark. The Northern Irishman had been a doubt before kick off with a heel injury and was replaced by Marc Albrighton.

Tielemens lit up the occasion after 63 minutes, finding the top corner of Kepa Arrizabalagaâ€™s net with a thunderous strike from 25 yards out, sending the Leicester City fans delirious.

Thomas Tuchel responded by introducing Ben Chilwell, Kai Havertz, Callum Hudson-Odoi and Christian Pulisic, and Chilwell looked to have bundled home a dramatic equaliser in the 90th minute, only for VAR to highlight a controversial offside.

Despite the late drama, Leicester City repelled everything Chelsea threw at them in the final few minutes to hold firm and secure a truly historic achievement for the club.