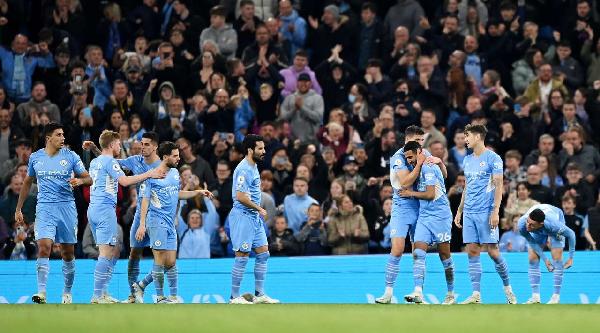 Manchester City beat a resolute Brighton side 3-0 to move back to the top of the Premier League table.

Pep Guardiola’s side were frustrated by Brighton’s defensive shape for much of the opening for 45 minutes and struggled to create chances.

The best opportunity fell to Riyad Mahrez after a poor Robert Sanchez clearance but the Algerian took too long on the ball and was tackled.

The hosts improved after the break and Kevin De Bruyne drove through the midfield avoiding challenges eventually poking it through for Mahrez who finished to put City one up.

They wrapped it up when Bernardo Silva curled in a brilliant third.

It secured a huge three points for the current champions as they responded well to falling behind Liverpool in the title race after their 4-0 demolition of Man United last night.

At the Goodison Park, Richarlison scored a stoppage-time goal against Leicester to earn Everton a precious point in their bid to stave off relegation.