Messi sets another La Liga record with stunner against Huesca 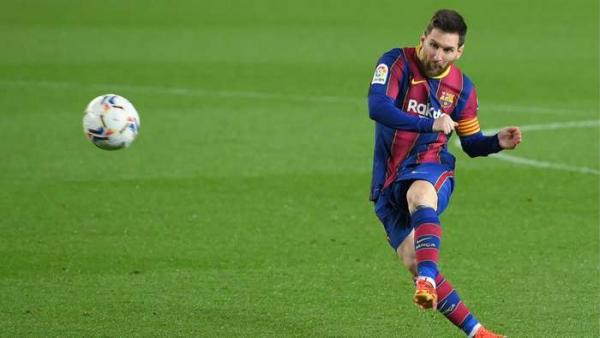 Lionel Messi set yet another La Liga record on Monday as the Barcelona star continued his assault on Spanish football's goalscoring record books.

Messi scored Barcelona's first goal and last goal in Monday's 4-1 triumph over Huesca, a match that also marked yet another record for the Argentine.

With his appearance, Messi made his 767th appearance for the Catalans, equalling his legendary team-mate Xavi for the most appearances in a Barcelona shirt.

With his first goal on Monday, Messi notched his 20th finish of the 2020-21 La Liga campaign.

And, in the process, he reached that 20-goal total for the 13th consecutive season, becoming the only player to do so in the competitionâ€™s history.

Messi wasn't done there, though, as the Argentine added one more for good measure in the 90th minute, sealing a lopsided win for Barca.

Messi has scored 660 total goals for Barcelona, putting him 428 clear of second-placed Cesar Rodriguez in the club's goalscoring record book.

Additionally, Messi has a grand total of 34 trophies to his name during his time starring for the Catalan club.

While Barcelona's Champions League run ended prematurely at the hands of Paris Saint-Germain last week, they do remain in La Liga's title race.

That run has them sitting second in La Liga entering the match, two points ahead of second-place Real Madrid and four behind league-leaders Atletico Madrid.