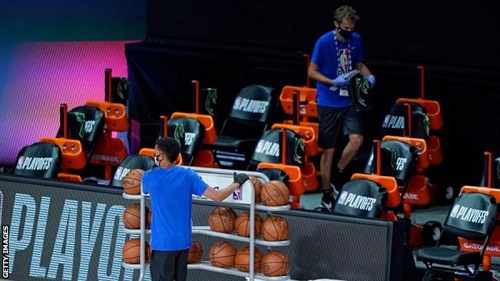 A host of US sports games were postponed for a second straight day in protest at the shooting of Jacob Blake.

Blake, a black man, was shot seven times in the back by police on Sunday in Kenosha, Wisconsin near Milwaukee.

The NBA has postponed Thursday's play-off games after Wednesday's fixtures were called off following a player walkout.

The NHL announced that four games scheduled for Thursday and Friday had been called off as well.

The WNBA postponed Thursday's games having done the same a day earlier.

NBA held meetings on Wednesday and Thursday in their bubble in Florida.

Bass said a video conference call would take place later on Thursday which will include players, team governors and representatives from the league office "to discuss next steps".

US President Donald Trump said on Thursday that the NBA has become "like a political organisation" while senior adviser Jared Kushner, Trump's son-in-law, added that he intends to invite the Los Angeles Lakers star LeBron James to the White House to discuss solutions to racial injustice.

"I think that it's nice that they're standing up for the issue, but I'd like to see them start moving into concrete solutions that are productive," he told Politico. "And again, President Trump in this White House is willing to work with them."

Sports across the US boycotted games on Wednesday, which began with the Milwaukee Bucks choosing not to play game five of their play-off series against the Orlando Magic.

Besides the three NBA and three WNBA games being called off, three MLB and five MLS fixtures were postponed on Wednesday.

She tweeted that she would no longer play her semi-final in the Western and Southern Open in New York, saying that "as a black woman I feel as though there are much more important matters at hand that need immediate attention, rather than watching me play tennis".

The US Tennis Association, ATP and WTA subsequently announced it was pausing play at the Western and Southern Open on Thursday and would resume on Friday, adding that "tennis is collectively taking a stance against racial inequality and social injustice".

Former world number one Osaka later confirmed she would play her semi-final against Belgian 14th seed Elise Mertens on Friday, thanking the governing bodies for their support and adding in a statement: "I was [and am] ready to concede my match to my opponent.

"However, after my announcement and lengthy consultation with the WTA and USTA, I have agreed at their request to play on Friday. They offered to postpone all matches until Friday and that in my mind brings more attention to the movement." 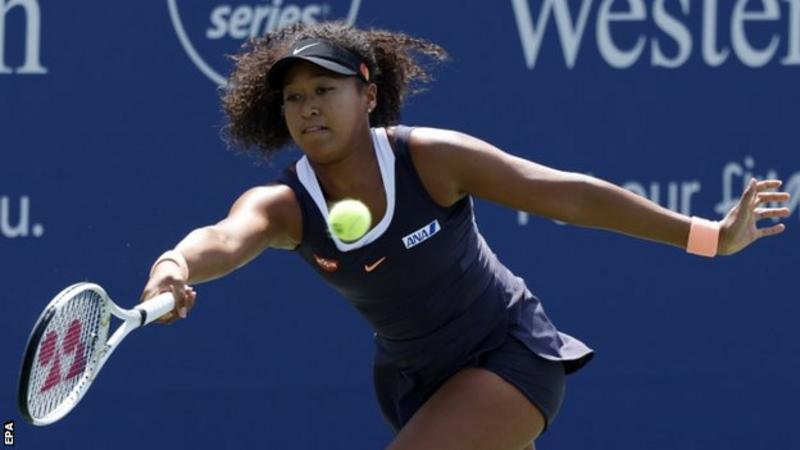 The WNBA postponed all three games scheduled for Thursday after Wednesday's three games, due to take place in the bubble in Bradenton, Florida, were also called off.

"Information regarding rescheduling of yesterday and today's games will be provided when available," read a WNBA statement on Thursday.

The night before, players linked arms on court, with a group wearing T-shirts that spelled out Blake's name and also seven holes in them representing how many times he was shot by police.

"We stand in solidarity with our brothers in the NBA and we continue this conversation with our brothers and sisters across all leagues and look to take collective action," said Atlanta Dream's Elizabeth Williams in a statement on behalf of all WNBA players.

"If you truly believe that black lives matter, then go and vote."

LeBron James tweeted: "We demand change. Sick of it." Former US President Barack Obama, a dedicated basketball fan, tweeted his support of the walkout.

I commend the players on the @Bucks for standing up for what they believe in, coaches like @DocRivers, and the @NBA and @WNBA for setting an example. It’s going to take all our institutions to stand up for our values. pic.twitter.com/rUGETgAt7P