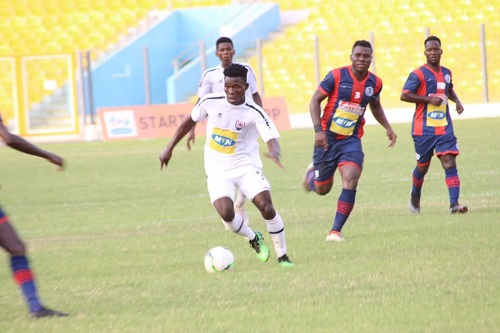 The Round of 32 draw of the MTN FA Cup will be held next month, the GFA have announced.Â

After the last round of matches were played yesterday, all is set for the draw on Wednesday, March 4 at the GFA Secretariat.

There were major upsets in theÂ Round of 64 games after defending champions of the MTN FA Cup, Asante Kotoko have been booted out of the competition,Â

The qualified teams for the Round of 32 will know their opponents for the next round at the live draw scheduled for Wednesday, March 4 at the GFA Secretariat.

Here are the qualified teams for the Round of 32 draw

Meanwhile, a statement from GFA said they have paid participation fees to all Clubs after honouring the Round of 64 matches.Â

The Ghana Football Association has paid participation fees to all Clubs that played in the Preliminaries and the Round of 64 of the 2019/20 MTN FA Cup competition.

Clubs who travelled for their away matches have also received some amount of money from the GFA to support their transportation expenses.

Each Club that participated in the preliminary Round of the competition have received an amount of GHc1000.00 and GHc500.00 worth of MTN Airtime recharge cards.

For the Round of 64, all Clubs have been paid an amount of GHc2000.00, transportation support for teams that travelled for away matches and GHc500.00 worth of MTN Airtime recharge cards.

All payments have been transferred to the respective bank accounts of all clubs.

Clubs have also been informed to pick up their MTN recharge cards from the GFA Secretariat.

The draw for the Round of 32 will be held on Wednesday, March 4 at the GFA Secretariat.