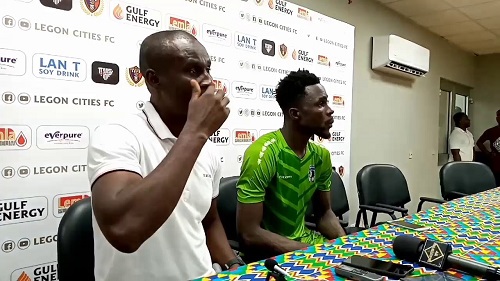 Head coach of Bechem United Kwaku Danso is unhappy with outfit performance in their painful loss to Hearts of OakÂ in matchday 10 of the Ghana Premier League.

Hearts of Oak returned to winning ways at the Accra Sports Stadium on Sunday. The Phobians beat the Bechem based club 3-2 to earn their first win at their home venue since beating Ebusua Dwarfs on matchday 3.

Prince Adu Kwabena opened the floodgates for the visitors from the penalty spot, his 7th goal of the season. Hearts restored parity immediately also from the spot courtesy Kofi Kordzi afterÂ Bechem United player handled the ball in the box.

Hearts of Oak captain Fatawu Mohammed put his outfit ahead for the first in the game in the 63rd minute. However, Wontah Hafiz pegged them back but Kofi Kordzi scored his second on the day, late in the game which proved to be the match-winner for the Phobians.

Speaking after the game, Â Kwaku Danso was said his players did not adhere to instructions.Â

"It's a very painful defeat because we came here with a purpose, if not getting the three points at least we must get a point"

"We lost the game and I must say that my players disappointed me. My players should have put the ball on the ground rather than ballooning it."

He added that they will go back and work on their mistakes to bounce back.