My story should serve as inspiration to everyone - Alphonso Davies 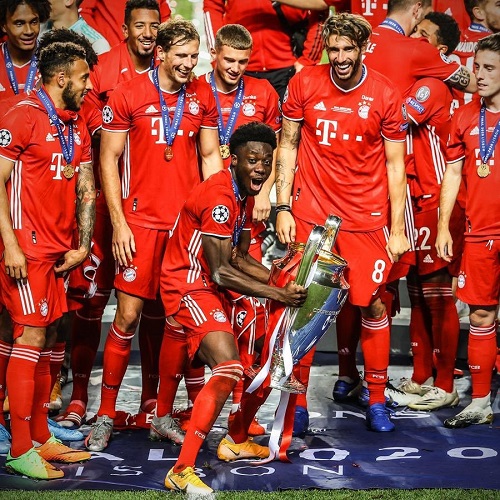 Left-back Alphonso Davies has spoken for the first time after winning the Champions League trophy with Bayern Munich saying his story should serve as an inspiration to everyone.

The Canadian professional player who was born to Liberian parents at the Buduburam refugee camp in Ghana, is now a Champions League winner after guiding Bayern Munich to their sixth European glory in Lisbon after playing just 8 matches.

The 19-year-old who joined the German club in the summer of 2018 has urged the young generation to continue chasing their dreams.

"This one for everyone who’s chasing a dream right now, take it from me don’t give up it may seem impossible now but just keep working on your kraft keep grinding," he wrote on Twitter.

This one for everyone who’s chasing a dream right now, take it from me don’t give up it may seem impossible now but just keep working on your kraft keep grinding 🙏🏾

Bayern Munich overcame Paris St-Germain in a tightly contested Champions League final in Lisbon to claim the crown for the sixth time on Sunday.

It was a night of joy for Bayern coach Hansi Flick, who added the Champions League to the Bundesliga after initially taking over as interim coach from sacked Niko Kovac in November.

In contrast, it was a night of bitter disappointment for PSG's two attacking superstars Neymar and Kylian Mbappe, who failed to produce their best and found themselves frustrated by Bayern keeper and man of the match Manuel Neuer when they had the best of the first-half chances.