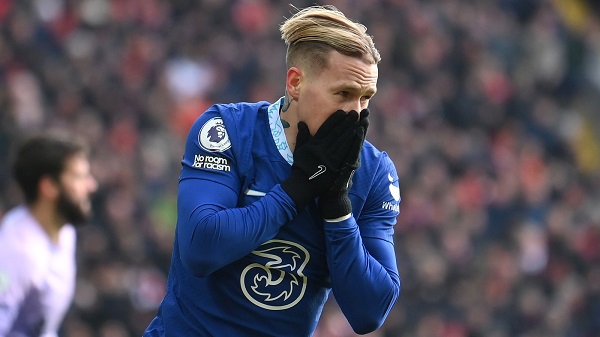 Liverpool and Chelsea played out a goalless draw as the recent struggles of both teams were laid bare on a cold afternoon at Anfield.

Kai Havertz had an early goal disallowed for offside but the game failed to ignite thereafter. Mykhailo Mudryk did impress for Chelsea off the bench following his move from Shakhtar Donetsk and had a number of opportunities to mark the occasion with a goal.

But the two teams remain locked level on points in midtable. Jurgen Klopp's side have to settle for ending their two-game losing streak in the Premier League, while Graham Potter's side are now on a run of six matches away from home without a win in the competition.

Liverpool turn their attention to the FA Cup, where they visit Brighton on January 29, kick-off 1.30 pm. Their next Premier League game is a trip to Wolves on February 4; kick-off 3pm.

Jurgen Klopp's side then have a very busy February which includes a Merseyside derby at home to Everton, live on Monday Night Football. Liverpool also travel to Newcastle and Crystal Palace in that month, either side of hosting Real Madrid in the Champions League last-16.

Chelsea have next weekend off as they were eliminated from the FA Cup in the third round at Man City. Their next game is a west London derby at home to Fulham, live on Friday Night Football on February 3.

The Blues have two London derbies to contend with in February, travelling to West Ham and Tottenham at the start and end of the month. Their other games in February see them host Southampton and travel to Borussia Dortmund in the Champions League last-16.