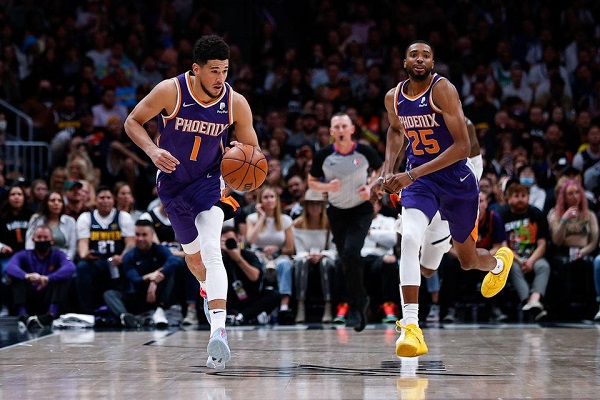 Devin Booker scored a season-high 49 points as the Phoenix Suns beat the Denver Nuggets 140-130 to ensure they finish their division's top seeds.

Chris Paul had 17 points and 13 assists in his return to the Suns line-up after a 15-game injury absence.

A seventh-straight win means the defending Western Conference champions will go into the play-offs having topped their standings.

Jrue Holiday scored 24 points and provided 10 assists as the Bucks, who are top of the Easter Conference Central standings, claimed a second victory in the three-game season series against the Wizards.

Siakam hit six of seven three-pointers, while OG Anunoby added 14 points in his return to the Raptors' line-up after missing 15 games with a broken finger.

Alvarado scored 11 of his 15 points and added two assists during a 21-7 run to start the fourth quarter, helping the Pelicans win for the third time in four games.