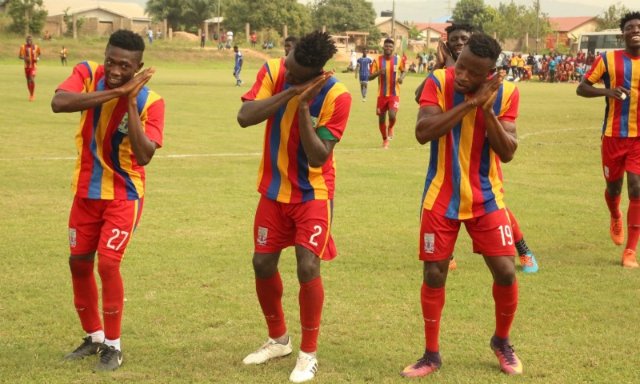 Kumasi Asante Kotoko lost 1-0 to Ashgold as Hearts of Oak won 2-1 away against Dwarfs in the Normalization Committee Special Competition.

The win cushions Ashgold’s hopes of qualifying for the playoffs by finishing in the two top in the Premier A while Kotoko remain second, four points behind leaders Medeama, who were beaten by a lone goal at Bechem United.

Aduana Stars moved to third after beating Berekum Chelsea at home. The Fire club have the same points (15) as Kotoko.
In Premier B, Hearts of Oak came from a goal down to beat Ebusua Dwarfs at the Cape Coast Stadium to extend their unbeaten run to five games without defeat.

Manaf Umar's second-half goal was enough to secure all three points for the Rainbow club.

Diawise Taylor scored a brace to help Karela United claimed a 2-0 win over WAFA in Ayinase.

There were also home wins for Liberty Professionals and Dreams FC. 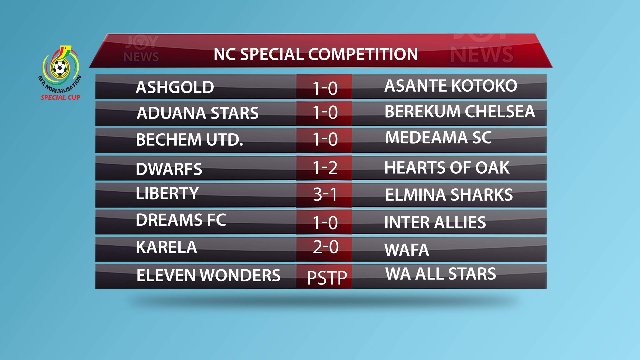 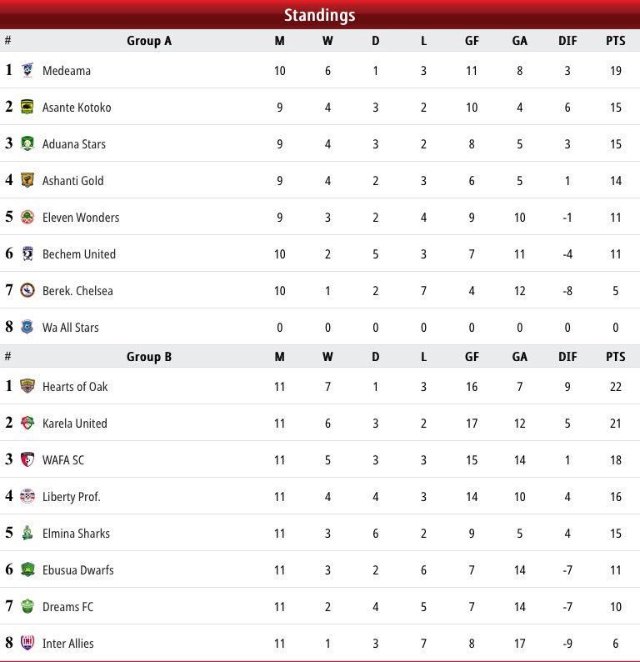