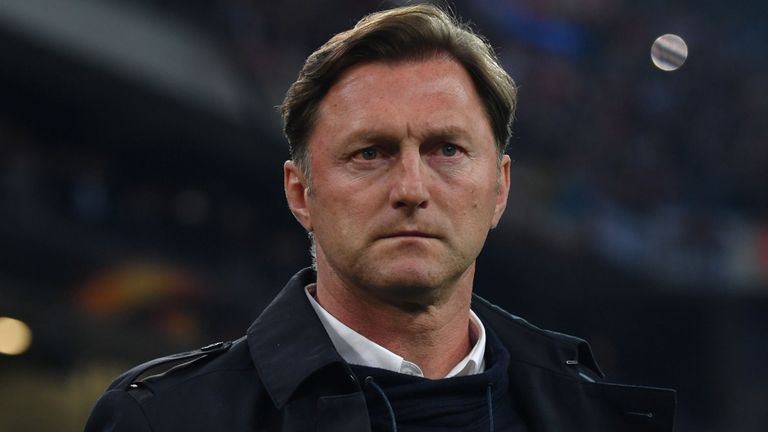 New Southampton boss Ralph Hasenhuttl says he wants to "get his name known in the Premier League" with the "challenge" that awaits him at St Mary's.


Hasenhuttl was named Saints manager on Wednesday, replacing Mark Hughes who was sacked earlier in the week.

Southampton, who suffered a 3-1 defeat to Tottenham on Wednesday, are currently 18th in the Premier League.

"It is a logical next step in my career," said the Austrian, 51.

"It is my goal to get my name known here in the Premier League. I had a few successful years in Germany and was thinking about my next step, and it challenged me to stand in front of a new team with a new language."

Hasenhuttl led former club RB Leipzig to a second-place finish in the Bundesliga in his first full season in charge, after taking over following their promotion from the second tier.

But he inherits a Southampton side who have picked up just nine points from their opening 15 games of the season, with a visit to Cardiff next on Saturday.

"The first target is to get out of the relegation zone. The focus for the near future has to be to move as quickly as we can up the table," he said. "It is tough but I am not frightened.

"We have a lot of games coming up and if you know my football it is about training sessions and habits so when you don't have the chance to train it can be difficult to change things.

"My goal is to develop the players as quickly as possible. It is about getting the defence stabilised quickly."