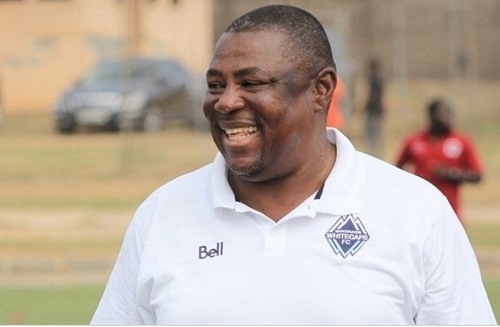 Newly-appointed head coach of Aduana Stars Paa Kwesi Fabin has revealed the target set for him by the Dormaa based club.

According to the former Asante Kotoko coach who has signed a year contract with the two-time Ghana Premier League champions, he has been tasked to finish the club at a respectable position on the league table at the end of the season.

The Black Meteors coach also revealed the main reason he was appointed was to help the club in youth development.

â€œItâ€™s true I have signed with Aduana Stars, I signed for one season. They didnâ€™t really me a specific target but they asked me to help the team get a respectable position.

â€œFor youth development, that is the main reasons why they brought me on board. Talking of the league title they have the potentials to win itâ€.

Fabin who has a vast amount of experience in coaching boasting of stints with the Black Starlets, the Ugandan youth teams, Hearts of Oak, Hearts of Lions, Asante Kotoko and Inter Allies was on Tuesday confirmed as the coach Aduana Stars taking over from DavidÂ Amoah.

His first assignment is against Dreams FC at the Theatre of Dreams, Dawu in matchweek 12 of the Ghana Premier League. Aduana Stars lie 3rd of the log, a point behind first place.

Paa Kwesi doubles as the head coach of the national Under 23 team, the Black Meteors.