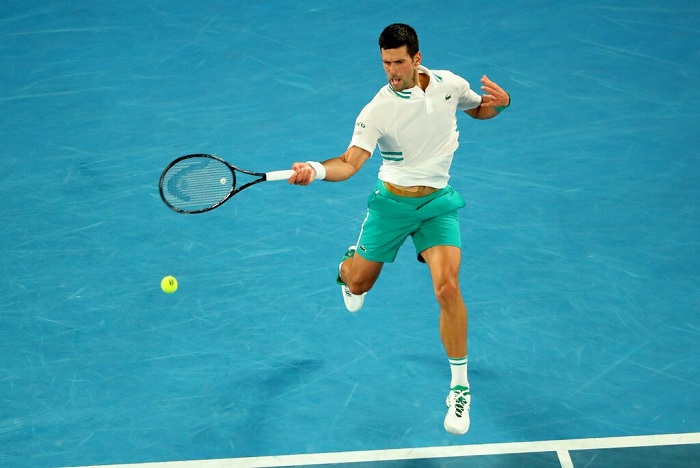 Djokovic, the veteran from Serbia ranked No. 1 in the world, defeated the fourth-ranked Daniil Medvedev of Russia, 7-6, 6-2, 6-2, in the Australian Open men’s singles final Sunday night.

The victory gave Djokovic his ninth Australian Open singles championship, a tournament record on the men’s side, and the 18th Grand Slam title of his career. Djokovic has made nine Australian Open finals and won each time, including in the last three years.

With this Grand Slam championship, Djokovic is now just two behind Roger Federer and Rafael Nadal in the race to achieve the most major men’s singles titles in a career. Djokovic, 33, is a year younger than Nadal and six years younger than Federer, who will soon begin his comeback from two surgeries on his right knee, though it remains to be seen whether he will be a championship contender or embarking on a farewell tour.

Grand Slam titles are the first measuring stick in any discussion of who is the greatest player of the modern and professional era of tennis, also known as the Open era, which began in 1968.