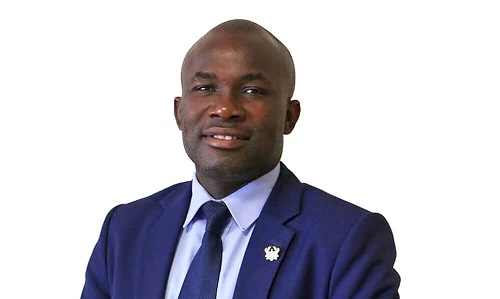 The Director-General of the National Sports Authority (NSA), Professor Peter Twumasi has been accused of procurement breaches, misuse of state resources, receipt of double salaries, award of contracts to ghost and non-existing companies in an eight-page petition to the NSA’s governing body.

In the petition signed by Kwame Baa Mensa, Focal Person National Anti-Corruption Action Plan of CHRAJ, and sighted by Asaase Sports, the staff of the NSA wants Peter Twumasi to step aside for investigations into his conduct as Director-General, to commence.

Anchored on eleven grounds, the petitioners say they have ”substantial evidence of his poor leadership, lack of managerial integrity, inexperience with basic administrative rules, conflict of interest in the award of contracts, breach of procurement laws, misuse of state resources, receipt of double salaries, abuse of office, award of contracts to ghost and non-existing companies and an overall inability to create a safe and positive environment for all workers”.

The disappearance of the Toyota Hilux

The first incident in the petition is the strange disappearance of a brand new Toyota Hilux with registration number GX – 6551 – 18. Peter Twumasi traveled to Kumasi with the said vehicle in 2018 but never returned with the car. When quizzed by journalists in September 2019 about the car’s whereabouts, the Director-General told journalists that the vehicle was stolen by armed robbers who attacked him.

The petitioners claim evidence available to them contradicts Twumasi’s account of events.

They are also asking why Peter Twumasi did not report the matter to the insurance company involved since he claimed the vehicle was ”comprehensively insured”. They are therefore asking him to provide the insurance certificate.

Peter Twumasi has also been accused of receiving a double salary for one year. The petitioners allege that even after he was appointed acting Director-General, Twumasi continued to visit and teach at the Kwame Nkrumah University of Science and Technology – where he previously worked at the Biochemistry Department – and continued to receive salaries from the institution.

The petitioners further allege that even after he was confirmed as substantive Director-General, and his accumulated salary for the period was paid to him in full, Peter Twumasi did not refund the money. Even a letter from the Registrar of KNUST in May 2020, drawing his attention to the receipt of a double salary which was against the law, was not enough to compel him to refund the money.