Paul Pogba hits back at critics over his Manchester United performances 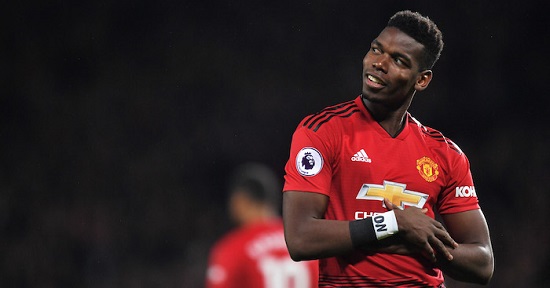 Paul Pogba has hit back at his Manchester United critics and believes he is "judged differently" due to the world-record fee the club paid for his services.

The French World Cup winner returned to Old Trafford in 2016 for a then world-record £89million fee but has largely underwhelmed during his three seasons in Manchester.

Despite being their top-scorer last season with 16 goals in all competitions, much of the blame for United's poor campaign has fallen on Pogba's shoulders.

The Frenchman, who has been linked with a move to Real Madrid this summer, also reacted to seemingly being heckled by a small number of supporters during the club's lap of honour at their final game of the season at Old Trafford.

Pogba has now opened up on the criticism he has received since returning to the Premier League, and feels the transfer fee has played a massive part.

"Because it was the biggest transfer in history at the time, you get judged differently," he told the LifeTimes podcast.

The French midfielder has also given the biggest suggestion yet that he is growing tired of the criticism directed his way, claiming he doesn't understand the current predicament.

He added: "It's a big amount. It went down when other transfers came, so it's fine. I think it's also because I'm a midfielder.

"People see more strikers because they score goals, so that's why it made such a big impact. I don't think [Neymar and Mbappe] get it because they're strikers.

"I knew it would come with it. I knew there would be a big impact. But I didn't know it would go so negative. When I signed, I wasn't used to seeing so many negative comments.

"It was a big change. I was surprised. I didn't know a price tag would change so much for people.