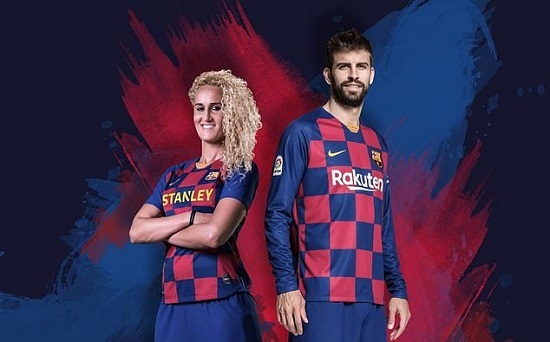 Barcelona have unveiled their new kit for the 2019-20 season and have opted to ditch the club's traditional stripes for a more daring design.

The Spanish giants have stuck with the famous blue and red colour scheme but have instead decided on a chequered pattern to 'pay homage to the city's design'.

Lionel Messi and Gerard Pique were among the stars to feature in the club's unveiling on Monday evening.

The club have revealed they took the new design from the city's Eixample district and the 'emblematic buildings' designed by architect Antoni Gaudí.

The kit also features traditional blue shorts and blue socks with a red trim and it will go on sale to the general public on June 4. 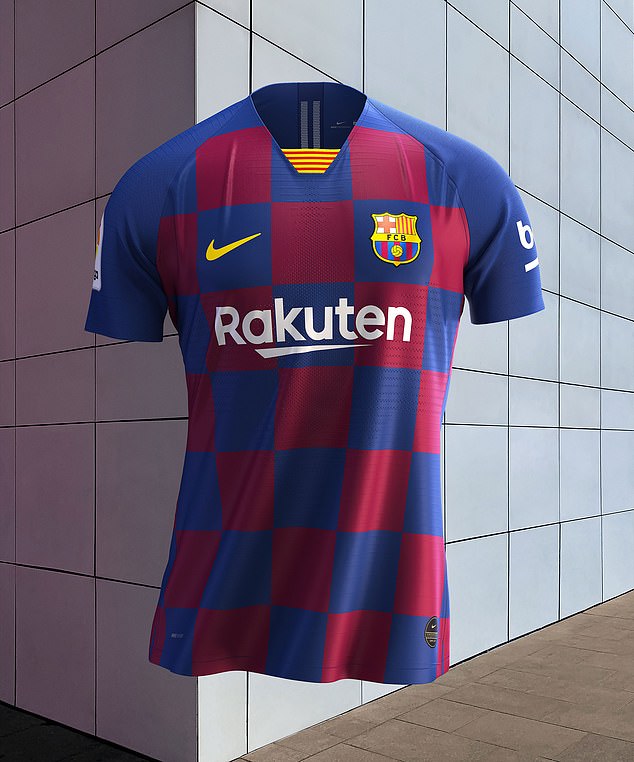 Another new aspect, compared to recent kits, is the position of the Catalan flag. The design is usually located at the back of the neck but is now situated on the neck and in the shape of a V instead.

In 2015-16, Barcelona swapped stripes for hoops on their home kit but the checkboard design is another fresh take on one of world football's most iconic shirts. 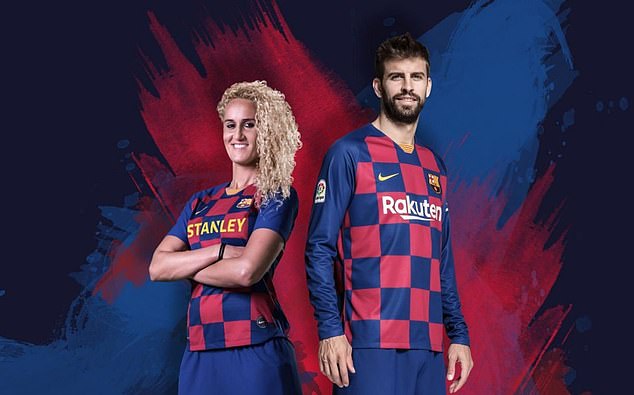 'The kit is something new and exciting,' said Pique.

'It might be different but it is 100 per cent Barca and it is even better that the design represents the bond the club has with the supporters and the people who are driving the city forward'.