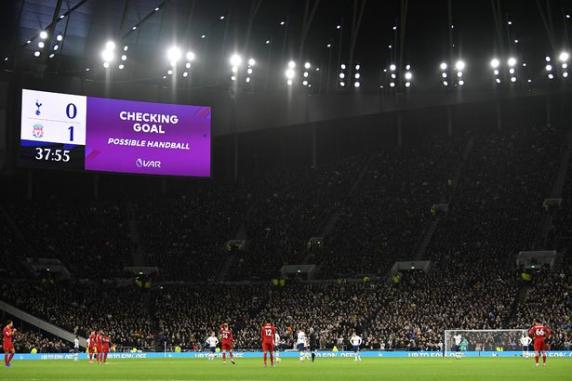 FIFA have given the Premier League the green light to scrap VAR as part of Project Restart.

Lawmakers IFAB have sent out two key changes to allow a maximum of five substitutes during matches and also to stop using video technology.

However, the Premier League wants to continue using VAR and has even factored officials and operators into the numbers allowed for behind-closed-doors.

There have been concerns over officials being able to social distance at Stockley Park but again they are confident of being able to overcome that and remain committed to VAR.

That will be discussed at Monday’s meeting Premier League with all 20 clubs but would not require a vote for them to stop using VAR after IFAB’s amendment.

However, they may vote on Monday about bringing in five substitutes as that would represent a law change and therefore requires 14 clubs to push it through.

The five substitute change - as reported by Mirror Sport on April 1 - has been driven by managers concerned about the levels of fatigue during games if clubs are playing every three days to complete the season in a short space of time.

But it is not as straightforward as each club making five subs during a game as IFAB warned that could cause “disruption to the match.”

IFAB has said clubs have three opportunities to make the substitutions including half time and if they make a change at the same time then it will count as one of the three times.

Lukas Brud, secretary of IFAB, said: “As many countries begin to emerge from this situation, the focus is slowly turning to the resumption of football competitions that have been affected by the virus.

“When competitions resume, matches may be played in a condensed period (e.g. to reduce the impact on future competitions) and in different weather conditions, both of which could have an impact on player welfare.”