Prosper Narteh, Boadu, Tanko and Osei-Fosu to travel to Qatar on working attachment 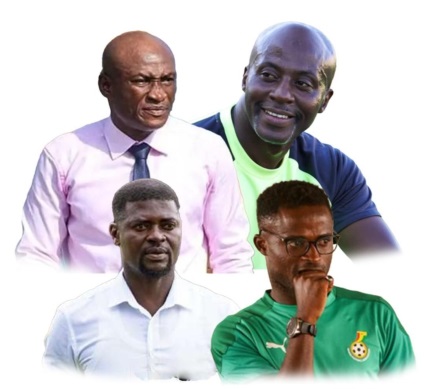 The Ghana Football Association and the Ministry of Youth and Sports have settled on four coaches to travel with the Black Stars to the World Cup on a working attachment.

The trip will give them an opportunity to pick useful lessons from the biggest global showpiece and learn from the Black Stars Technical team.

The move forms part of strategies designed by the Ministry and the GFA to enhance the capacity of Ghanaian Coaches and to equip them with the modern trends of football.

Dr Prosper Narteh Ogum and Samuel Boadu have been selected on the basis of their success with Asante Kotoko (League winner) and Accra Hearts of Oak (MTN FA Cup winner) last season.

For Ibrahim Tanko and Ignatius Osei Fosu, they were selected due to their role as Technical Instructors for the Technical Directorate of the Ghana Football Association.

The four coaches will depart Accra next week with the rest of the backroom staff for the training camp in Abu Dhabi and later to Doha for the World Cup.