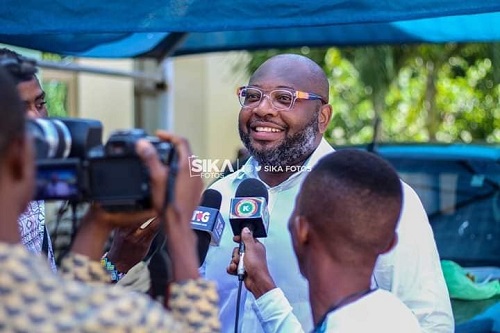 Several names have popped up for the Vice position following the election of new GFA President Kurt Okraku.

However,  Zakkour whose administration saw the Rainbow Club winning a host of laurels in the early 2000s which earned him the title "Millenium chairman" has called on the GFA Executive Council who has the power to choose a Vice for the Association not to look beyond the Heart of Lions owner as he will be a good deputy for Kurt Okraku.

READ ALSO: Oduro Sarfo rules himself out of race for GFA Vice position

The previous statutes allowed the President to appoint his vice.

"Well; l am looking at it this way, l think Randy Abbey is the best for the vice chairmanship," the fire-spitting football administrator told some sections of his club's supporters as aired on Kumasi-based Angel FM.

He continued, "You know he has played a very big role and has formed his own team. I hope Kurt will choose him as his vice chairman for the Ghana Football Association."

"Well they [Executive Council members] have heard my voice and if they want us to go far, Randy Abbey is the best for the FA vice chairmanship position," he reiterated.

Relatedly, General Manager of Berekum Chelsea Football Club Nana Oduro Sarfo has named his top four candidates who is belives will help of which Randy Abbey is among his picks.

The 12-member Executive Council will elect a new person to deputize President Kurt Okraku on November 5.