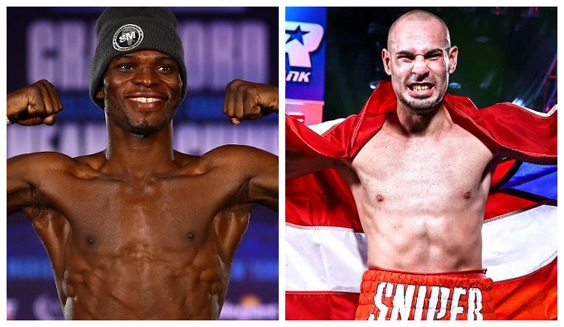 The former IBF champion Richard Commey who got beat by Vasiliy Lomachenko via a unanimous decision in New York City in December 2021 will come up against Jose Pedraza on July 23.

READ ALSO: 'I have let my country down' - Richard Commey on Lomachemko loss

Jose Pedraza's last fight was in March when he was defeated by former super lightweight champion José Carlos Ramírez at the Save Mart Center, in Fresno, California with all three judges scoring the bout 116-112.

The Commey-Pedraza fight will take place at junior welterweight. Pedraza (29-4, 14 knockouts) will be having his sixth fight at the weight, while Commey (30-4, 27 KOs) will be making his 140-pound debut.

With both men in their 30s and coming off defeats, it’s a must-win fight for both of them if they want to continue operating at the highest level.

Pedraza was a decorated amateur, representing Puerto Rico at the 2008 Beijing Olympics. He later claimed silver at the 2009 World Championships. He went unbeaten through 19 fights before winning the vacant IBF junior lightweight title against Andrey Klimov (UD 12) in June 2015.

Two defenses followed before he was stopped by rising star Gervonta Davis (TKO 7) in January 2017. The defeat prompted him to move up to lightweight, where he quickly won the WBO title against Beltran (UD 12).

Pedraza looked to unify against WBA counterpart Lomachenko but dropped a lopsided decision.

Again, Pedraza moved up in weight. Since settling at 140-pounds, the now 33-year-old has gone 3-2 against good opposition, dropping competitive decisions to Jose Zepeda (UD 10) and Jose Ramirez (UD 12).