'I have let my country down' - Richard Commey on Lomachemko loss 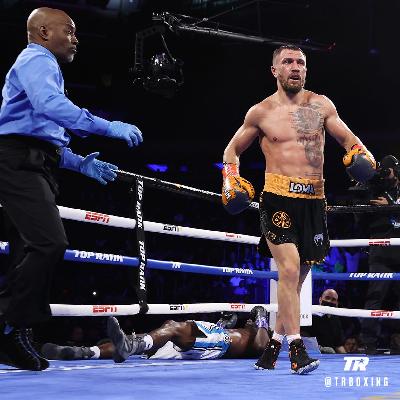 Richard Commey has admitted he was not at his best against Vasiliy Lomachenko at the Madison Square Garden and wants Ghanaians to forgive him.

The former IBF champion Richard Commey got beat by Vasiliy Lomachenko via a unanimous decision in New York City.

Richard Commey admitted in his post-fight interview that he failed to come to the party on the day.

According to him, he has 'let his country down' and hopes to bounce back stronger.

The 34-year-old performance at the MGM Grand Arena would push him far away from a world title for now.

Following his title fight loss to Teofimo Lopez in 2019, Commey said he 'wants to be a two-time world champion.'

However, it will take a lot of work for him to do that in his current situation.

This is because, the Lightweight unified champion George Kamboses will be looking in the direction of Giovanta Davis, Devin Haney, Ryan Garcia, Vasiliy Lomachenko among others who are the top boxer in the division now.

Richard Commey is out of the picture for now.