Ronaldo will not face charges over alleged rape 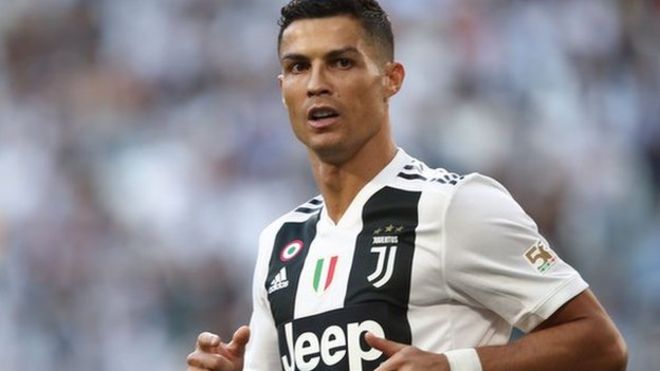 Football star Cristiano Ronaldo will not face charges after being accused of sexual assault, US prosecutors say.

Kathryn Mayorga, 34, had alleged that the Juventus player raped her at a Las Vegas hotel in 2009.

She reportedly reached an out-of-court settlement with the Portuguese star in 2010, but sought to reopen the case in 2018. He denied the allegations.

In a statement on Monday, Las Vegas prosecutors said the claims could not "be proven beyond reasonable doubt".

The Clark County District Attorney's office said the victim reported an assault in 2009, but refused to state where it had happened or who the attacker was. As a result police were unable "to conduct any meaningful investigation".

In August 2018, Las Vegas police investigated the alleged crime again at the request of the victim.

But the statement added: "Based upon a review of information at this time, the allegations of sexual assault against Cristiano Ronaldo cannot be proven beyond a reasonable doubt. Therefore, no charges will be forthcoming."

Ms Mayorga's lawyer said she had been inspired to re-open the case by the #MeToo movement.

Ronaldo has not denied that the two met in Las Vegas in 2009, but said that what happened between them was consensual.

At the time, Ronaldo was playing for Manchester United, and about to join Real Madrid, where he spent the next nine years.