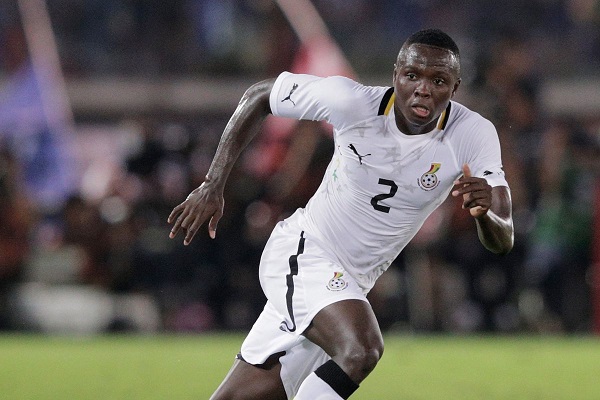 Ghana defender Samuel Inkoom has reiterated that he would welcome the chance to make a return to the Black Stars.

The former Asante Kotoko right-back has been to two Africa Cup of Nations tournaments – the 2010 Angola edition and in 2012 which was co-hosted by Gabon and Equatorial Guinea.

However, the FIFA U-20 World Cup winner has stated that it would be an honour to wear the national team colours again.

“If the coach thinks that okay I like how Inkoom is playing and I’m inviting him, why not? I’m a Ghanaian and I will never turn my back to Ghana.”

The 29-year-old returned to competitive action in January with Bulgarian First League side Dunav Ruse after Fifa lifted its worldwide ban on him. He has so far played 7 matches since joining the side.

Black Stars coach, Kwasi Appiah is expected to announce his provisional squad in May.