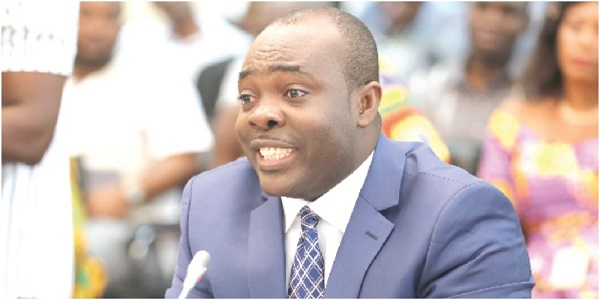 Bonuses of the Black Starlets of Ghana will be scraped off according to the Minister of Youth and Sports Isaac Asiamah.

The Sports Minister responding to questions at the sitting of the Public Accounts Committee of Parliament said the move is part of efforts to inculcate the spirit of voluntarism in the country’s youth so they will be encouraged to die for the country.

“U-17 players want to be given allowances and bonuses, wants to be paid and that for me is not how to build the nation,” he said.

"We should let them know that, they should die for the country".

Isaac Asiamah, when further quizzed on what other motivational measures he has put in place in the absence of money he said “We are engaging with the Normalization Committee on some of these arrangements, below 17 years at least some bursary support and scholarship to them and other things the country will be looking at”

He added: "The decision will soon be made on the future of some of these arrangements; allowances, bonuses, payments and all other things to the junior national teams."