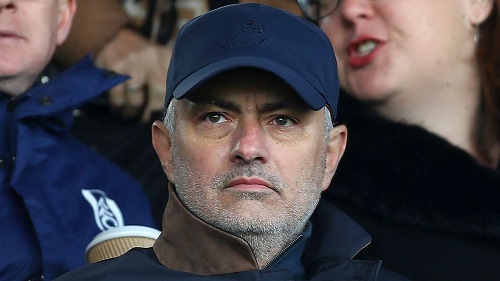 Bastian Schweinsteiger has welcomed the prospect of Jose Mourinho inheriting the managerial reigns at Bayern Munich having worked under the Portuguese at Manchester United.

The German champions are on the lookout for a new head coach, after Niko Kovac was relieved of his duties on Sunday.

The Croatian coach led Die Roten to a domestic double in his first season at the helm, but results and performances have taken a significant dive at the start of the 2019-20 campaign.

A number of high profile managers have been linked with the vacancy at the Allianz, including Mourinho, who has been out of work since leaving Old Trafford last December.

Schweinsteiger, who played under Mourinho in 2016-17, has revealed that the 56-year-old regularly talked about Bayern during his time in Manchester and was even learning the German language in his downtime.

When asked to weigh in on Mourinho's potential arrival in Munich, the ex-Bayern midfielder told Bild: “I can imagine Mourinho in Germany,”

“He really knew every single player, even from the smaller teams. He was also learning German.

"He has not worked in the Bundesliga, so I can well imagine that he would be tempted by a commitment in Germany."

Mourinho won two major trophies during his time at United, but was unable to replicate the same success he had during previous managerial spells at Chelsea, Real Madrid and Inter.

The Portuguese tactician has still been linked with a number of top European clubs this year, with the latest being Arsenal, who are reportedly on the lookout for a replacement for under-fire boss Unai Emery.

While the hunt for Bayern's new manager begins, Kovac's assistant Hans-Dieter Flick will oversee preparations for a Champions League fixture against Olympiacos on Wednesday.

He is also expected to take charge of the first team for Borussia Dortmund's visit to Bavaria on Saturday, which could have a huge bearing on this year's title race in Germany.