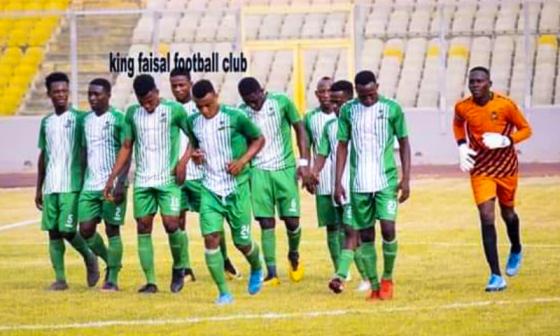 King Faisal striker called for the 2019/20 Ghana Premier League campaign to be scrapped.

The striker who was in fine form before the league was suspended the position of his beloved club is not good and it will favour them once the season is voided.

King Faisal lie bottom of the Ghana Premier League with 6points out of 14 matches They are the only club yet to win a match in the suspended season.

The Ghana Premier League has been suspended since March due to the coronavirus outbreak.

“Personally, considering the position of King Faisal I want the league cancelled. I am in a fine form but due to our inability to win matches my performance has been underrated.”

“For me my player, Osman Ibrahim is the best striker in the league for now,” he told Kumasi FM.

“He is a simple player, not more dribbling and complications. He’s fast, sharp and a disciplined player,” he added.

Ibrahim has found the back of the net eight times the suspended Ghana Premier League campaign.