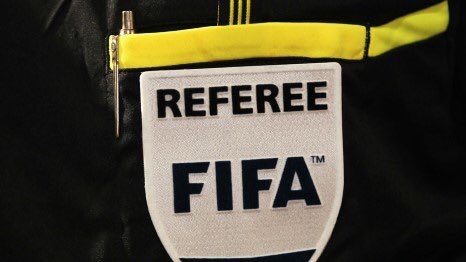 The Referees Committee of the Ghana Football Association has cleared Selorm Kpormegbe and Charles Bulu of any wrongdoing following protest from Berekum Chelsea and Medeama SC.

The two Clubs petitioned the Committee after their Ghana Premier League games against Elmina Sharks and Aduana Stars respectively.

Below is the decision of the Referees CommitteeÂ ComplaintÂ Berekum Chelsea's complaints from the said match centered around two incidents.

The club claimed they had been denied a penalty when the ball struck the arm of an Elmina Sharks defender in the 16th minute.

The club also claimed in another complaint that after awarding a free-kick against them, referee Selorm Kpormegbe had not played according to the rules by allowing Elmina Sharks to go ahead with an attack despite showing them the whistle. That attack led to one of Elmina Sharks's goals.

RecommendationÂ After initially studying the video, the committee found it necessary to meet the center referee and his assistant involved in both incidents to review the incident together.

Ref Selorm stood by his decision not to award the penalty in the 15th min because he says the hand of the Sharks defender was in a natural position when the ball struck. He was not convinced that there had been a deliberate attempt to block the effort with his hand.

In the second incident, at no point from the video review does referee Selorm show the whistle to the defending or attacking team to indicate that the game restarts when he blows.

Instead, he is seen in the footage imploring the defenders of Berekum Chelsea to move back by the mandatory distance before the free kick is taken which they are reluctant to do.

At one point another defender steps forward, completely flouting the referee's orders before Sharks restarts the game.

All five members of the review committee agreed that if referee Selorm had pulled play back from the restart, he would have disadvantaged the attacking team who had not been responsible for neither the foul nor the delaying in restarting the game.

Referee Selorm and his assistant are there cleared of any wrong doing.

Medeama complaint against referee Charles Bulu centered on a disallowed goal on 85 when the referee whistled for an infringement against them.

They complain that it was rather a coming together of two Aduana players and not a foul on their part.

Recommendation. After studying the video independently and later with Charles Bulu, the committee was unanimous that the referee had made the right call to disallow the goal as the Aduana goalkeeper had been impeded in the build-up to the goal.

Referee Charles Bulu had indeed whistled for an infringement before Medeama put the ball in the net in that sequence of play.