Shatta Wale visits Black Stars to pep them up for victory 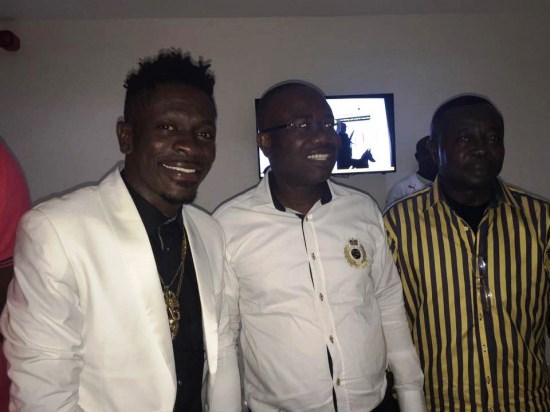 Entertainer Shatta Wale was hosted by the Black Stars at their Alisa Hotel base where he seized the opportunity to wish the Black Stars well in their game against the Mozambicans while calling on his SM Movement crew to visit the stadium and urge the players on to victory.

Shatta who is an old school mate of stars captain Asamoah Gyan interacted with the players, the FA President and his vice and other members of the technical team led by coach Avram Grant.

Ghana faces Mozambique in the 2017 AFCON qualifier to be played in Accra on Thursday.